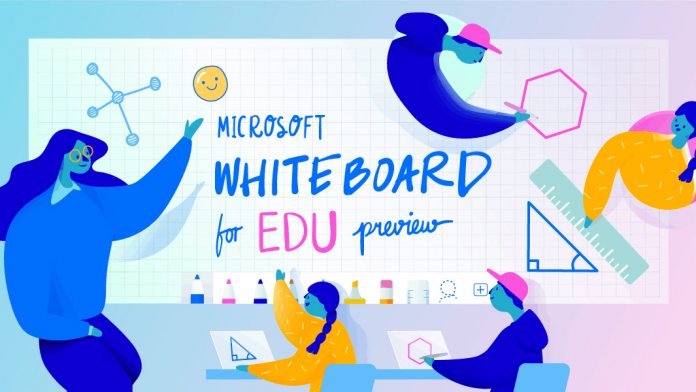 Microsoft Whiteboard for EDU is now available worldwide on Windows 10 and iPad. The announcement follows a lengthy preview period which started in November 2018.

The software differs from the usual whiteboard software in its student and teacher focused feature set. The idea is to give teachers the ability to control a lesson while integrating things like stickers for polls.

One of the software’s biggest advantages is its ability to save boards to the cloud. This ensures students can access them in any classroom and means teachers will never have to worry about losing their work.

Students are also able to export a board as an image, or directly to OneNote Class Notebooks. It combines with the blackboard mode seen in other variants, as well as a variety of other colors to choose from.

Whiteboard also supports Ink beautification, which is quite an interesting feature. The app analyzes the handwriting of students and teachers and makes minor changes to increase legibility. If they need to, teachers can also take pictures of physical notes and convert them to ink.

Recently, Whiteboard for EDU received improvements to aid in classroom accessibility. Since its preview, it’s major addition has been color options, but the team has also been stamping out bugs and improving performance.

Microsoft confirmed the launch on Windows and iPad in late  2018 in its continued bid for the education market. In the past year, it has introduced a number of affordable Windows PCs via OEMs, as well as its own Surface Go, which comes as low as $400 on a locked down Windows 10 S operating system.