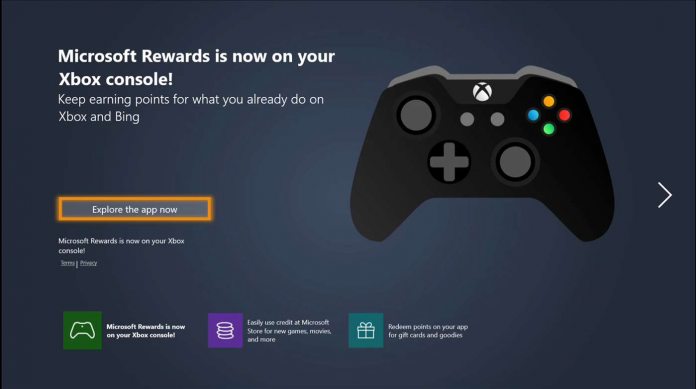 Xbox Insiders have been testing the Microsoft Rewards app for a period and the team has decided its ready for a full roll-out. It comes in the form of a store app and should be available in a number of regions and languages.

For users, it means the ability to check how many reward points you’ve earned and the ability to spend them on gift cards and more. The Xbox release means gamers will no longer have to switch to a PC to buy games, movies, or more.

For the unfamiliar, Microsoft Rewards used to be named Bing Rewards until late 2016. It lets users earn ‘points’ from Bing searches, buying Windows products, using Edge, dealing with downtime, and even watching movies.

The program also has tier levels to gamify the whole experience, with higher tiers unlocking more points for the same task. This is particularly important for Xbox Live Gold members, who will get 20 points per dollar spent at Level 2.

However, if users don’t have Xbox Live Gold, they’ll be able to use points earned elsewhere to buy it. Most content is available for reward purchase, from full games on demand titles to add-ons, season passes, TV shows, and apps.

The biggest drawback is the inability to pay for subscription services like Xbox Game Pass, but it’s already a great deal. You’re also unable to purchase in-game cosmetics, though you can buy gift cards for others.

Either way, the new app is optimized for the Xbox layout and makes it far easier to check mid-session. You can download it yourself from the Microsoft Store.