Microsoft Surface devices are a big success for the company these days, and Microsoft even makes a solid earning from selling peripherals. For example, Surface branded keyboards and cases are available to customers. For the most part these peripherals are for the Surface Pro 2-in-1s, but Microsoft now wants to extend to the Surface Laptop.

WindowsLatest has found a patent filed in May 2019 that aims to add a modular case element to the Surface Laptop. Specifically, the case would be a lid for the device that could be attached and feature customizations.

The patent is titled, “INTERCHANGEABLE HOUSING PANEL WITH RECHARGEABLE POWER, NETWORK CONNECTIVITY, AND MEMORY FOR USE WITH PORTABLE COMPUTING DEVICES”

It is worth noting the laptop lid houses the screen, but not exactly. The lid is a separate element form the display. Microsoft’s proposal suggests being able to slide away the lid, leaving the back of the screen exposed. Surface Laptop owners could then slide in other lids as a replacement. 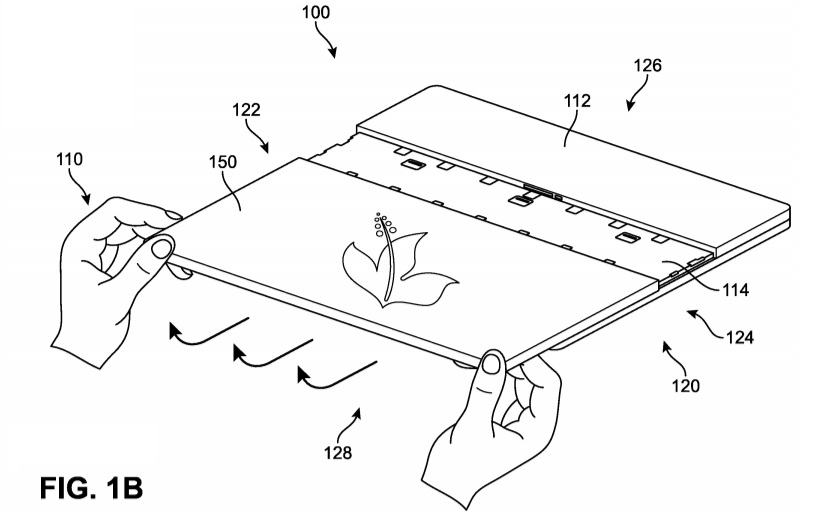 In the patent, Microsoft highlights a potential shop display that shows the Laptop with a selection of lids.

While the screen will be directly affected, Microsoft does house the WiFi and WLAN antenna systems in the lid. In the patent, the company says the swappable lids will maintain the electrical components and could still house the WLAN and WiFi modules. 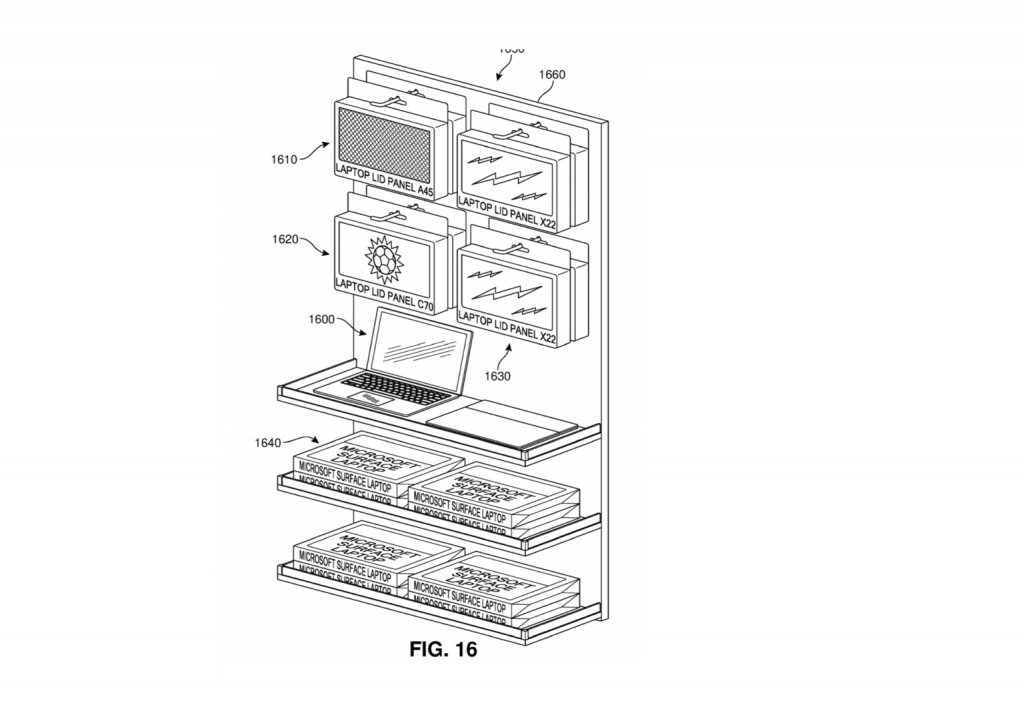 As always with patents, there are not guarantees these products will ever be released. However, it clearly a relatively simple way for Microsoft to squeeze some extra revenue from the Surface Laptop. The company could partner with other companies to deliver branded lids, such as sports teams or entertainment brands.

Either way, you can check out the patent here.