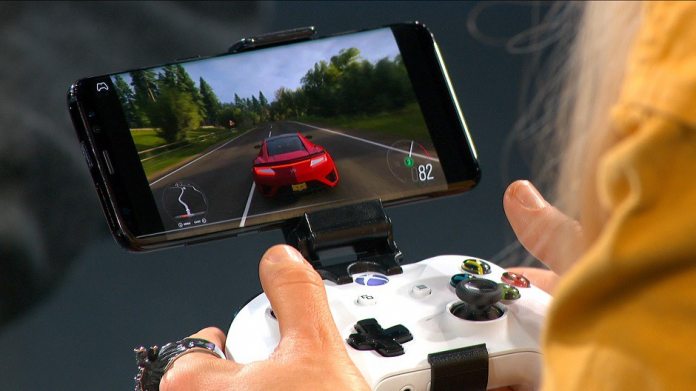 As is becoming customary, Samsung yesterday launched its newest flagship while talking its partnership with Microsoft. At the launch of the Galaxy S20 series and the Galaxy Z Flip yesterday, the South Korean giant discussed its expanded collaboration with Microsoft.

Of course, Samsung and Microsoft are long time partners stretching back to Office integrations on the Galaxy S8. Increasingly, Microsoft has become a part of Samsung hardware launches. For example, when the Galaxy Note 10 arrived in October, Samsung discussed a deeper integration with Office.

Now with the Galaxy S20 family, the company announced its partnership with Microsoft is moving up a level. Indeed, Samsung says it is working with Microsoft on a cloud-based game streaming platform.

“This is just the beginning of our gaming partnership with Xbox,” explained David S. Park, head of Samsung’s US marketing, as he launched Microsoft’s Forza Street game for Galaxy devices. “Both Samsung and Xbox share a vision for bringing great gaming experiences to mobile players around the world. With our 5G-enabled portfolios and Microsoft’s rich history in gaming, we are working closely together to create a premium cloud-based game streaming experience. You’ll hear more about it later this year.”

While no specifics were mentioned, it seems obvious that any cloud platform on Samsung devices will involve Microsoft’s xCloud. Microsoft’s xCloud (Project xCloud) platform is now in preview testing. It allows gamers to access Xbox titles across different form factors and platforms, including mobile.

Because xCloud leverages cloud resources, users are not limited by their hardware. If the Samsung expansion involves xCloud, it would represent a major boost for the platform as it competes against Google Stadia.

Stadia has stumbled with lukewarm reviews since it launched fully last November. However, Google underpins the whole Android ecosystem and Stadia is definitely an xCloud competitor. Samsung is comfortably the largest OEM on Android, so if the company embarks on an xCloud partnership, it will certainly make xCloud more visible.