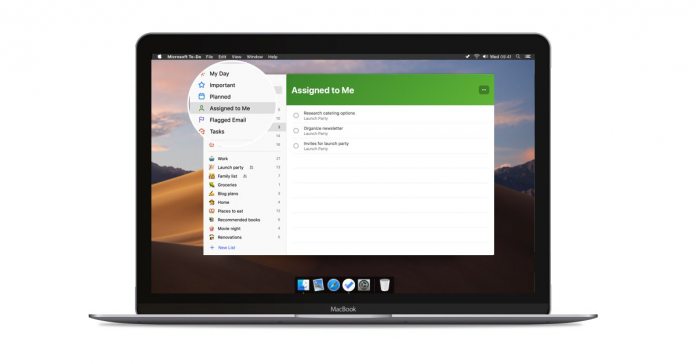 A month ago, Microsoft To-Do was launched on Apple’s Mac platform. It was the first time the company’s popular task management application was on macOS. This week, Microsoft has rolled out an update for the app.

With its latest Microsoft To-Do app on Mac, the company has brought the Planner feature to the app. This integration has been available on To-Do on other platforms for some time.

The Trello competitor is ideal as a Microsoft To-Do integration and can now be accessed on To-Do on Mac. This is specifically for users who access the app through their Office 365 accounts. To-Do now shows Planner tasks that have been given to you in list form.

Good news for Mac users! Our Microsoft Planner integration is now available on the Mac app in the latest update (1.61). Don't use it yet? Read more about it here—https://t.co/XPr7qU6qmU. pic.twitter.com/WgjGIGSecs

If you don’t use Planner, it is possible to hide the feature by heading to the Settings menu in To-Do.

Elsewhere in the new update, Microsoft fixed a problem that was stopping users from renaming task lists.

As we reported last month, Microsoft is continuing to split how it offers services on Apple’s macOS. Some Microsoft apps are available on the App Store (To-Do is among them), while others are pushed out as desktop programs.

For example, OneDrive and Office 365 are App Store tools, while services such as Skype, Microsoft Teams, and Edge are download programs.