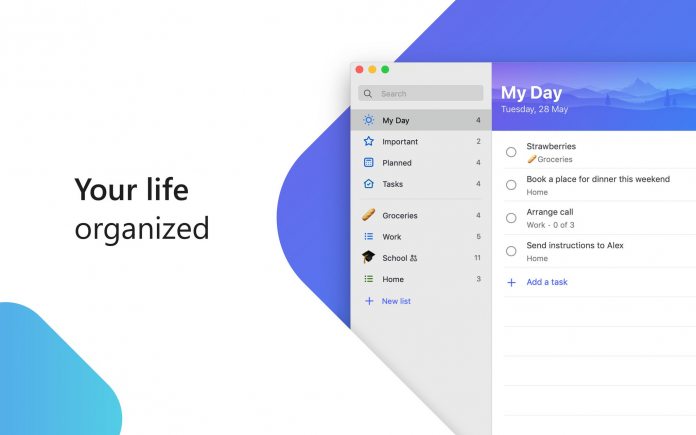 Microsoft has hit something of a home run with its To-Do task management application. What was once a fairly basic and almost pointless app has become hugely functional and increasingly popular. Microsoft has now confirmed To-Do is available for Apple Mac machines natively for the first time.

As we reported last week, the app has been available for pre-order. the To-Do UI has been kept consistent for its Mac debut. It is good that Microsoft has created a truly uniform cross-platform experience. It will be interesting to see which platform feature set To-Do will come with.

The app is now widely available for Mac users.

Last week I speculated whether Microsoft would leverage To-Do’s iOS features for Mac, or use its own Windows PC tools. Today, with the official rollout, the company has confirmed the feature set for To-Do on Mac:

Interestingly, Microsoft is continuing to split how it offers services on Apple’s macOS. Some Microsoft apps are available on the App Store (To-Do is among them), while others are pushed out as desktop programs.

For example, OneDrive and Office 365 are App Store tools, while services such as Skype, Microsoft Teams, and Edge are download programs.

That’s an interesting observation more than anything else, so if you want Microsoft To-Do on your Mac you should head to the Mac App Store here. Microsoft says the app will only work for users running macOS 10.13 or later.