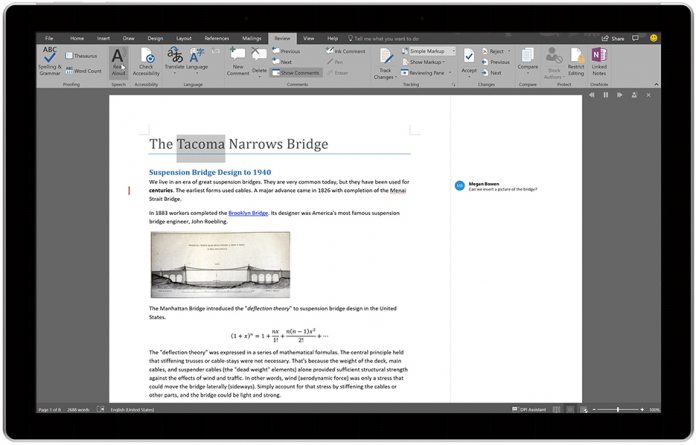 Microsoft is constantly pushing boundaries with its accessibility improvements, evidenced recently by its yearly Hackathon. However, this time a feature has come out of the Office 365 pipeline that should benefit those with reading difficulties.

Microsoft Word now has a Read Aloud feature, an iteration on its previous ‘Read Mode’. It dictates and highlights text, letting users change speed and voice, as well as interacting with edits in real-time.

The features are a natural fit with those with dyslexia and are clearly influenced by Microsoft’s OneNote Learning Tools. However, they’ll also be useful for proofreading text, audio cues making it easier to spot mistakes. It will also have advantages for speakers, letting them figure out how to pronounce words accurately.

This feature is currently restricted to Insider versions of Office 365, which you can opt into quite easily. Simply head to the Account sub-heading in the file menu, click the Office Insider button, and select “Join Office Insider”.

After the update, you’ll find Read Aloud in the Review twdab of Word. It’s only available on Windows desktops, but support for other OSes will likely come soon, and general availability will come later this year.

It joins the ability to turn text into timelines in PowerPoint Designer, as well as 3D support in Word, Excel, and PowerPoint. You can find more about the latest changes on the Office blog.