The idea of cross-play on consoles, PC, and other platforms is hugely exciting. It is also arguably the logical conclusion of the online gaming idea (more on that later). However, while Microsoft and Nintendo are now pushing online cross-play across Xbox One and Switch, Sony is not. In an interview with Eurogamer, the company explained why PlayStation is not embracing cross-play.

During its Xbox One X launch on Sunday, Microsoft dropped other significant news. The company announced Minecraft is adopting cross-play on Xbox One, PC, mobile, VR, and Nintendo Switch. Essentially, players across all these platforms can interact and play with each other.

Minecraft is the second best-selling game ever and still a smash hit, so surely getting in on the action is worth it. Not for Sony it seems, as the company’s PlayStation 4 is conspicuous by its absence from Minecraft cross-play.

In an interview with Eurogamer, PlayStation global sales and marketing head Jim Ryan explained Sony’s position on cross-play. Firstly, he says that it is not a “philosophical stance” and that one day cross-play could come to PlayStation. 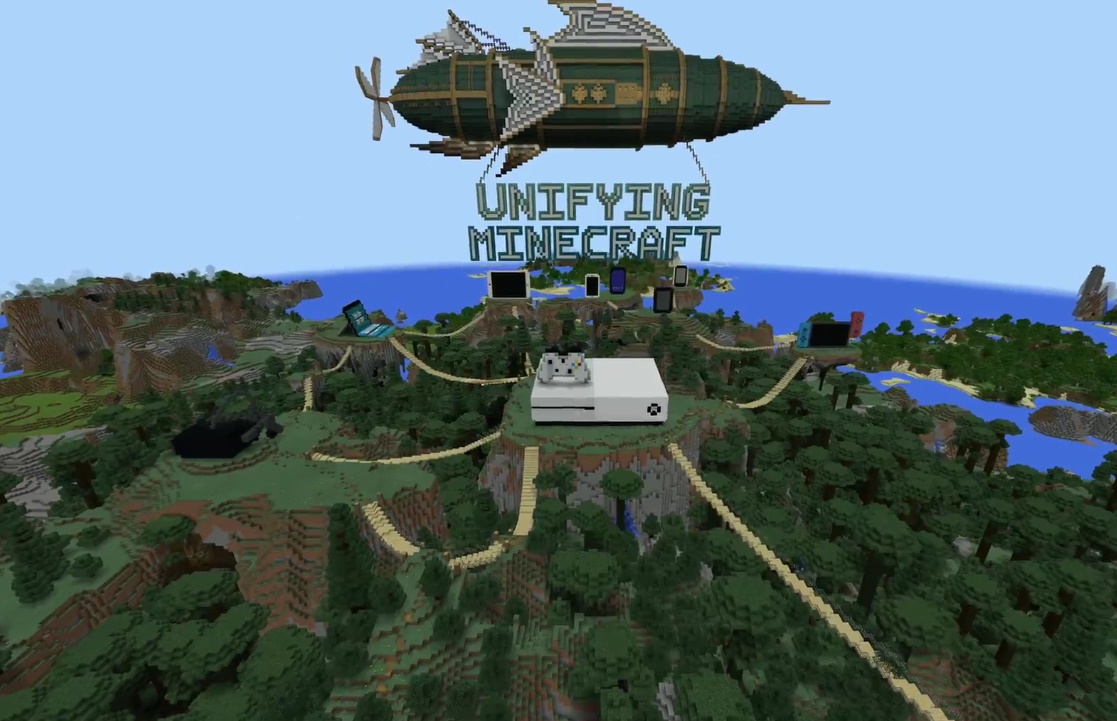 However, it is not happening yet, with Minecraft or Rocket League (also announced cross-play on Switch, Xbox One, and PC). When asked if he understands why PS4 owners are upset, Ryan had the following to say:

“Yeah. We’ve got to be mindful of our responsibility to our install base. Minecraft – the demographic playing that, you know as well as I do, it’s all ages but it’s also very young. We have a contract with the people who go online with us, that we look after them and they are within the PlayStation curated universe. Exposing what in many cases are children to external influences we have no ability to manage or look after, it’s something we have to think about very carefully.”

While I understand the logic behind Ryan’s reason, it feels like a half-assed excuse. In fact, it almost reads like Sony is worried about losing control of people tied to its network. When I see an odd one out, it is generally because they are the problem.

Pressed on the matter, especially why Nintendo (a company that has a core of child-friendly games) is ok with cross-play, Ryan simply said that was their business. Sony will do things its own way. Ultimately, it seems that it’s the gamers who will lose out and I think Sony is playing a dangerous strategy.

Ryan clearly leaves the door open for cross-play. Although, he says the company is not actively pursuing plans.

While Microsoft’s plans for cross-play are only now getting underway, the company has had ambitions for some time. Indeed, last year the company said it was willing to open its network for Rocket League cross-play. Microsoft said developers would need to lobby Sony to do the same.

Microsoft followed through on its claim when Rocket League developer Physonix made the title cross-play. It was available on PC and Xbox One, but not on PS4. Sony had not opened its doors, and has still not done so.

Interestingly, the console market leader had seemed open to the possibility of cross-play last March. In an admittedly vague statement, Sony said:

“PlayStation has been supporting cross-platform play between PC on several software titles starting with Final Fantasy 11 on PS2 and PC back in 2002. We would be happy to have the conversation with any publishers or developers who are interested in cross platform play.”