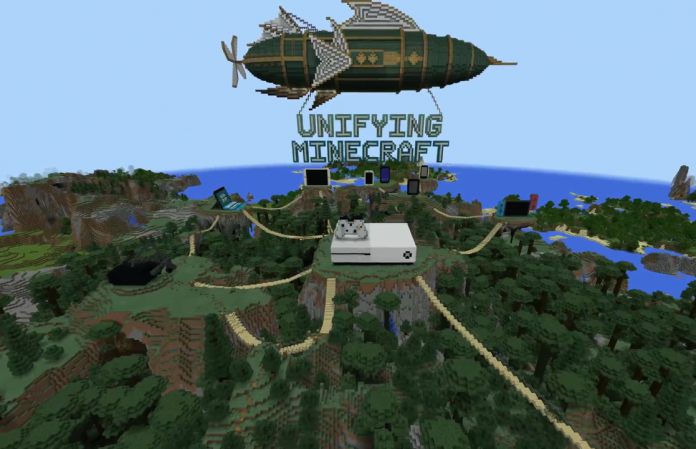 Minecraft is arguably Microsoft’s biggest software property in gaming. Since purchasing developer Mojang, the company has continued to enhance Minecraft across multiple platforms, including console, PC, and mobile. At its pre-E3 event today, the company has some massive announcements regarding the game.

Firstly, to coincide with the launch of the Xbox One X, Minecraft will be available in 4K. Microsoft today launched the Xbox One X, which we have known as Project Scorpio for the last year.

The console delivers big time on Microsoft’s promises. It is the first true native 4K console and is the most powerful console ever made. It will launch November 7.

Minecraft will be available in 4K around the same time, with a Fall 2017 timeframe offered today. With this update, the only gamers capable of playing the game in true 4K will be Windows 10 PC gamers and those on Xbox One X.

Microsoft had much more to discuss regarding the block building game. While Minecraft has grown into the second most successful game ever, it has remained portioned. By that, it has been available across multiple platforms, but each version has existed separately from the other.

However, at its event today, Microsoft said that cross play is coming to all platforms. This means cross play will come to Windows 10, Pocket Edition (mobile), consoles, and virtual reality. Simply put, this is massive news and continues Microsoft plans to build a true community around the game.

While it has never been a particularly beautiful game, we can safely say Minecraft looks excellent in 4K resolution.

Developer Support for Xbox One X

Of course, Minecraft is Microsoft’s own property, as were other game shown at the event today. However, there is no doubt that developers have embraced Project Scorpio.

Indeed, Microsoft showed 43 titles in total for the console. This is the biggest ever game presentation the company has ever undertaken.