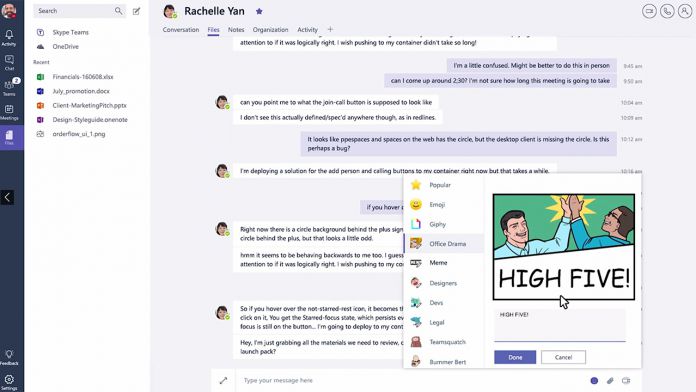 New information from sources suggests that Microsoft is gearing up for a January release of their new Skype Teams application. Allegedly, the company is testing the app privately, and will begin public beta tests in November.

In case you missed the news, Microsoft’s Skype Teams is a competitor to Slack. It gives organizations a number of different messaging channels to manage content and workflow. This latest information comes from IT knowledgebase Petri, who received the information from unnamed sources.

The sources also say the early previews are of very high quality. It runs well as nobody has run into any major problems. This makes sense, as the application has been in development for around eighteen months. It’s clear that Microsoft is planning to hit the ground running and take that market share from Slack straight away.

Microsoft is also looking to compete on features, some that they are in a unique position to offer. For example, Office 365 will be integrated with the application, allowing you to share files in a natural way.

The app also contains a “meetings” section, which will take advantage of the Outlook calendar and other information to help you find the best time. In addition, Skype Teams comes with a slightly strange mess

In addition, Skype Teams comes with a slightly strange messaging system. You can reply to each comment individually, much like a Facebook comment thread. This allows teams to have several conversations simultaneously and attach files to a specific message reply. 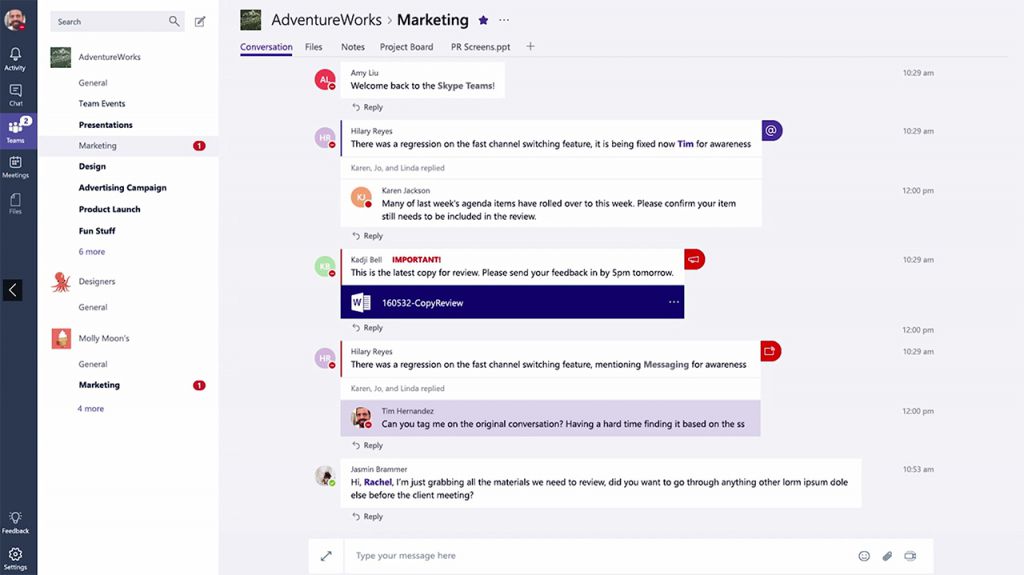 The app will come with Office 365 business plans, and is rumored, though it’s rumored to start with E3 SKU. It’s starting to look like a strong contender to Slack, and it’s clear why Microsoft didn’t buy the company. Skype Teams will primarily target companies with existing Office subscriptions, rather than trying to compete directly.

It’s a smart move on Microsoft’s part, and one that could come to fruition far sooner than anyone expected.