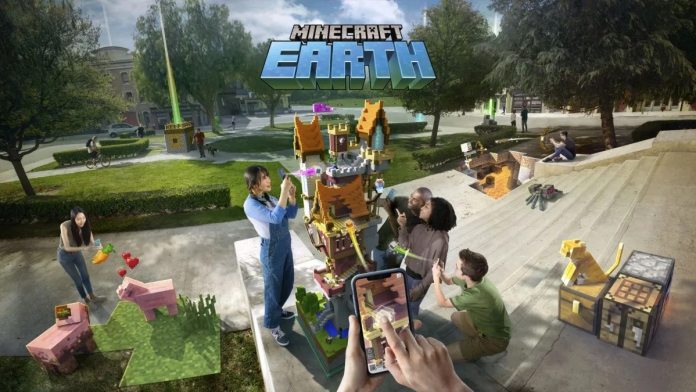 However, VentureBeat is asking a wider question about what Minecraft Earth’s demise means for the wider AR gaming scene. Along with the clear decline of Pokémon Go, does this all mean AR gaming ends here?

No, is the answer and the reality is AR gaming had a debut few other gaming technologies have ever had. As it now moves through a period of decline, there’s a lot of positives for the future of the genre.

It’s easy to look at Minecraft Earth and think it has been a failure. In fact, the game had over one million players within a week of its launch in the United States back in 2019. It contributed to a health $2.82 billion in AR gaming revenue that same year. Not bad for a fledgling market.

Pokémon Go was also a thriving game. In fact, Pokémon Go was a victim of its own success, enjoying stratospheric growth within months of release, growth that was ultimately unsustainable. The game was a culture hit and when casual users moved on users and revenues fell.

So, it’s easy to think AR gaming has been falling in revenue, especially with Pokémon Go losing millions of users. However, that was not the case in 2020. It turns out Minecraft Earth maintained success and the players who stuck around on Pokémon Go were the loyal gamers willing to spend money.

During last year, AR revenue reached $4.7 billion. That is admittedly $300 million lower than analyst expectations, but it is growth over 2019. That revenue was even achieved during the global COVID-19 pandemic when people could not go outside.

So, why is Microsoft ditching Minecraft Earth. Considering the AR gaming market is likely to explode over the next five years as technology improves, isn’t the company cutting its losses too soon? Weathering the storm would seem to be the better option.

Microsoft seemingly doesn’t see enough return and is likely spending more on the game than it makes. Despite Minecraft Earth wandering into the sunset, I have a feeling this is not the last we will see of Minecraft in the AR realm.

The Windows default font these days is Segoe UI, a fairly simple and no-nonsense typeface that’s used across many of Microsoft’s products. However, though some like this subdued style, others look to change Windows font to something with a bit more personality.

Thankfully, Microsoft does let you change Windows fonts, but it doesn’t make it particularly easy. I our tutorial we show you how to change system font in Windows 10, or restore it again if you don’t like the changes.