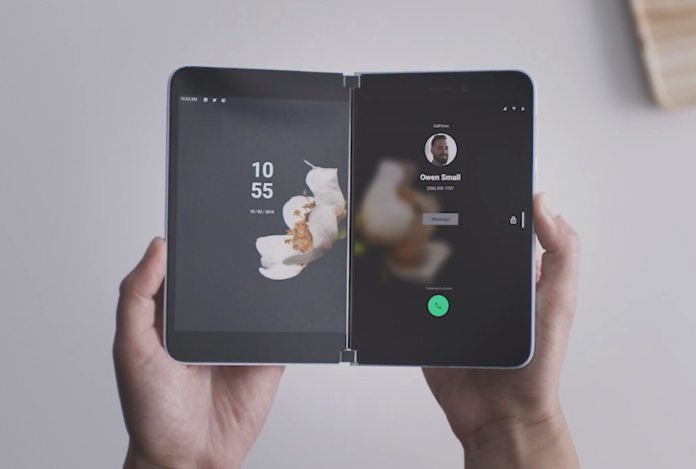 Yesterday, Microsoft revealed its new Surface Duo Android smartphone will start shipping next month. Considering Redmond’s patchy history in the mobile hardware space, some questions have been raised about the company’s commitment to the Duo. In response, Microsoft says it will update the handset for three years.

Firstly, Microsoft’s three-year update schedule is par for the course in the flagship space. It is in line with Samsung flagships (Galaxy S10, Note 10, S20) and Google’s Pixel smartphones. This means Surface Duo owners will receive Android updates and security fixes during that time.

Secondly, it may ease some concerns consumers have over Microsoft’s commitment to the smartphone. Many people still feel burned by the demise of Windows Phone, which brought down the Lumia smartphone brand too.

It increasingly seems Microsoft is ready to stand by the Surface Duo in the coming years. In fact, the company is apparently already deep into development on the second-generation model. Of course, the smartphone world moves faster than Microsoft is used to, and we should get the Surface Duo 2 around this time next year.

Certainly, there are areas of this initial handset that can be improved. For example, it would be nice to see Microsoft pursue true flagship specs. The Duo is running a year-old processor, but it should still be a stellar performer. Furthermore, it’s clear Microsoft can expand upon the rather disappointing single lens camera when it launches a Surface Duo 2.

It’s also worth noting the company is planning to expand the number of native Duo applications in the coming months.

Pre-orders for the Surface Duo are already open ahead of a Sept. 10 shipping date. Microsoft has slapped a $1,400 price tag on its new smartphone.