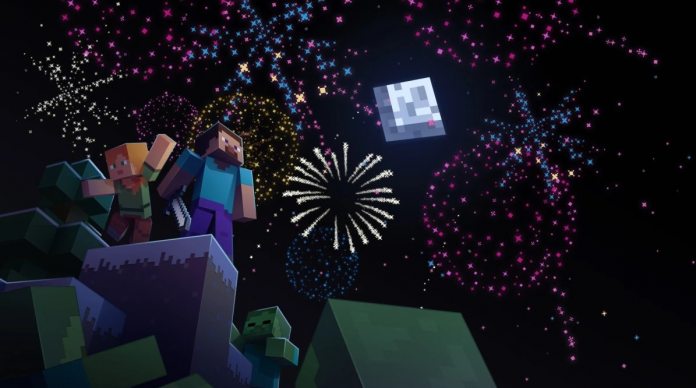 Today is a big day in the world of Minecraft, albeit without any new features for gamers. Microsoft has announced Mojang, the Minecraft developer it purchased in 2014 has been rebranded as Mojang Studios. The news comes just as Minecraft has shifted over 200 million copies.

Furthermore, the milestone coincides with the game now having 126 million monthly active. So, yeah, the popularity of Minecraft continues without an end in sight.

Let’s start with the subtle rebranding. Microsoft purchased the Sweden-based developer back in 2014 for $2.5 billion. Since then, the Mojang name has sometimes been lost amidst Microsoft’s wider gaming output under Microsoft Studios.

Announcements regarding Minecraft have been billed as coming from Microsoft’s Xbox brand and not Mojang. However, during the six years, Mojang has remained independent of the Microsoft Studios umbrella. Microsoft also says because the company now has multiple locations, Mojang Studios is a fitting name.

Alongside the announcement of a rebranding, Mojang Studios Head Helen Chiang said Minecraft has sold over 200 million copies and has 126 million monthly users.

“It’s been an incredible year for Minecraft with the global rollout of Minecraft Earth, the release of the game-changing RTX beta for Windows 10 through our partnership with Nvidia, and closing out 2019 as the most viewed game on YouTube. We are humbled that there have now been more than 200 million copies of Minecraft sold to date, and 126 million people are now playing Minecraft every month,” Chiang wrote.

When Microsoft dropped a couple of billion buying Mojang, it was viewed as sure thing. Minecraft was massively popular; how could Microsoft lose? Well, there was some danger in the purchase. Minecraft had already been available for five years and aging games tend to lose popularity.

However, Minecraft has proved to be the golden goose Microsoft thought it would be. It is comfortably the best-selling game ever, topping GTA V (120 million units) and Tetris (100 million units).

Microsoft and Mojang Studios are now looking ahead to the next phase of the Minecraft stories. Expect the growth and success to continue:

“We are excited to launch Minecraft Dungeons on May 26 with Xbox Game Pass and multiple platforms, and to bring our free Nether update to Minecraft this Summer,” wrote Chiang.