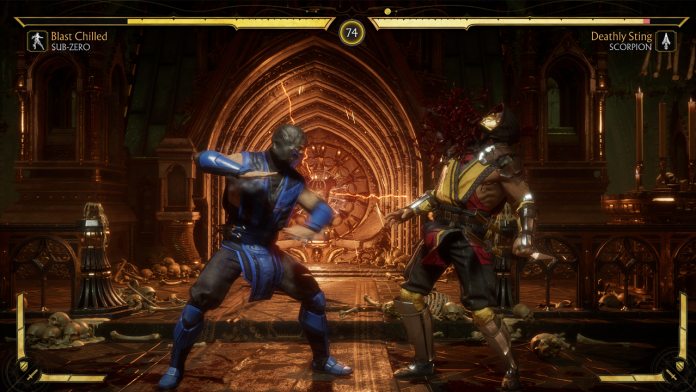 Mortal Kombat 11 is on track to become one of the few titles to support Xbox One and PS4 crossplay. Netherealm Studios announced on Twitter that a version of the functionality will roll out soon in beta form.

Following the series’ tendency to replace letters, it’ll be called ‘Krossplay’ and will put players from both consoles in the same Online Kasual matchmaking pool.

This could increase the longevity of the game’s multiplayer, ensuring that there will be a larger pool of players to draw from when it loses popularity. It also means players on either console will be able to join their friend’s room.

Developers have traditionally struggled to implement crossplay between the consoles, with Sony shutting down both Microsoft’s Minecraft and Rocket League creator Psyonix in the past. It also denied cross-play to Epic’s Fortnite, before backing down.

Sony’s previous reason for blocking cross-play was a need to protect users across its network, but it’s become laxer in recent times. Call of Duty Modern Warfare is one of the rare titles to support cross-play across PC, Xbox, and PS4.

Unfortunately, NetherRealm has no plans to tie in PC at this time. It’s also won’t support Switch or Stadia quite yet. Admittedly, catering to various control methods while keeping things fair can be difficult. Despite multiplayer working on both platforms, you also won’t be able to play on PS4 and carry your progress over to Xbox.

Though I’ve personally had my fun with MK11 and called it a day, it’s great to see these features cropping up more often. An open ecosystem is almost always beneficial to gamers, especially as more companies get into game streaming. Let’s just hope this good nature continues with Xbox Series X and the PS5.