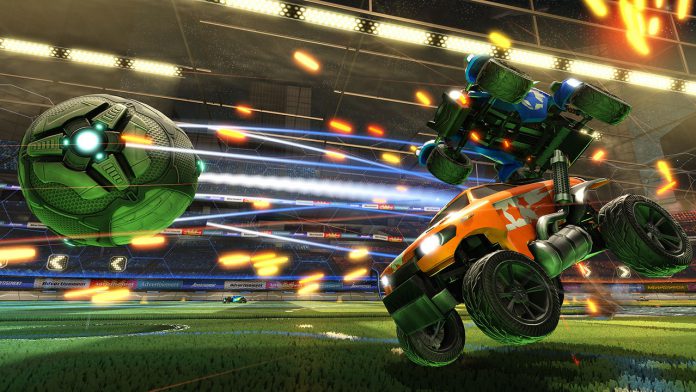 Physonix announced in May that it was patching PC to Xbox One play into the game, and now they have a cross-console solution ready to go.

Microsoft recently relaxed its stance on cross-platform, stating that it is happy to allow users to team up with PC and PS4 gamers.

The immensely popular car football game is a perfect candidate to be launched on every platform. With the majority of PC players preferring a gamepad for it, the mouse/controller divide won’t be a problem. Despite this, Sony has remained quiet about the matter.

“All we need is the go-ahead on the Sony side and we can, in less than a business day, turn it on and have it up and working no problem. It’d literally take a few hours to propagate throughout the whole world, so really we’re just waiting on the permission to do so.”

Whether Sony will agree to the changes remains to be seen. The company hasn’t released a statement about cross-platform and could turn down the offer. “It could be tomorrow,” Durham says, “it could be longer than that. We just don’t know – we’re anxiously awaiting that, just like the rest of our fans.”

Durham thinks that Sony’s caution comes from checking that everything is in place. He’s confident that Sony will agree to the changes eventually:

“Sony’s such a big company that I’m sure it takes a while for them to figure out what it is that the roadblocks are, what sort of issues they might run into with other titles, any number of things that I can’t even begin to speculate on. We definitely ask them for updates often, and we’re still very confident that they’re eventually going to open those doors and welcome us in, but we also are really understanding that it’s going to take a while especially given all the ramifications of everything. It was just as much of a surprise to them as I think the rest of the world when Microsoft said that they would do it.”

With so much demand, it would feel like a bit of a blunder on Sony’s part if they didn’t agree. Though its console has outsold the Xbox One so far, denial at this point could cause a lot of bad press.

Personally, I can’t wait for Sony’s reply. A fully multi-platform game could set up the framework for more developers to get on board. Blizzard has already expressed interest for Overwatch, and a gaming world without the huge separation sounds like a good one to me.