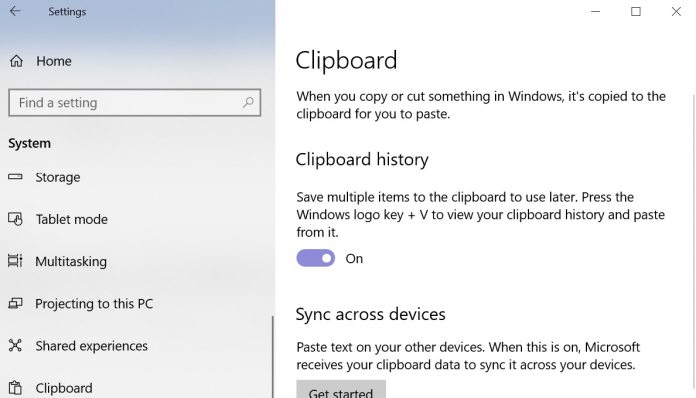 The Cloud Clipboard from Windows 10’s October 2018 update may soon come to Android. Screenshots from Reddit user u/Noam_ha suggest the feature is finally on its way.

“Get an app to sync clipboard items to your phone”, says a string under the ‘Sync across devices’ setting of Clipboard. Clicking a link asks the user to enter their phone number, before sending them a link to the Microsoft Launcher download.

Further screenshots on Twitter suggest this feature is already active for some users. With it, users can copy something on their phone and paste it straight away on their desktop, or vice-versa. It brings a new wave of interconnectivity to Android following the release of Your Phone, which mirrors texts and images to the desktop.

A History of Delays

Of course, Android support for Cloud Clipboard was always planned, but it was supposed to arrive before October. Rumors also hinted at support via Microsoft’s SwiftKey keyboard, but we’re yet to see any references.

The Android support has been spotted in Windows 10 191H builds, so it’s not clear when it will release to everyone. It may not come until the next major update, or it could launch any time now.

The basic functionality of Cloud Clipboard received many delays before its release this month. It was originally slated for the Windows 10 Fall update in 2017, and missed the Spring update, too.

However, while the cross-platform Clipboard will be appreciated by Microsoft Launcher users, its unlikely to get others to switch. Companies like Google and OnePlus already have very familiar and refined launchers, while Samsung has additional features some users rely on.

As a result, implementation in SwiftKey would make a lot of sense, particularly given its clipboard support, which launched in 2016.