Android users can get to grips with a new beta of SwiftKey for Android Microsoft announced today, a new update that includes a much-requested feature. The latest upgrade adds a Clipboard, a rather basic tool perhaps but something that users have been asking for consistently.

A Clipboard on SwiftKey for Android means users can get text that has been copied from Android or even create custom texts. Items can be found in the Hub, allowing easier copying and pasting tools throughout the smart keyboard.
Here are some of the features of the Clipboard in SwiftKey:

The latest beta can be downloaded through the Google Play Store here and at the source. 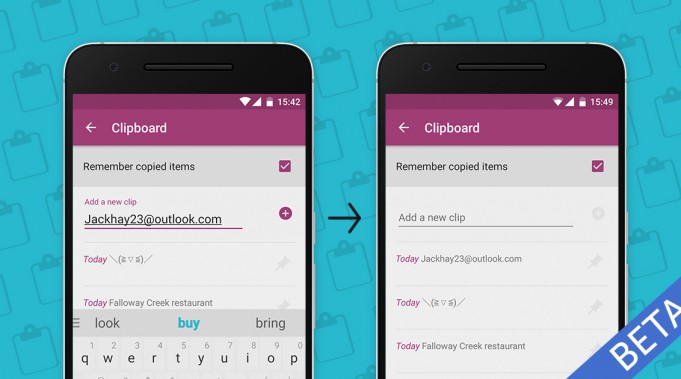 Microsoft acquired SwiftKey earlier in the year for $250 million, and said at the time “We’ll continue to develop SwiftKey’s market-leading keyboard apps for Android and iOS as well as explore scenarios for the integration of the core technology across the breadth of our product and services portfolio.”

Away from SwiftKey, Microsoft has been issuing a number of updates for its services on Android recently. Just this week the company updated OneDrive for Android to version 4.2 and the Arrow Launcher to version 1.4. Redmond also upgraded the Xbox app on the platform with a new design and a number of new features.

Is Microsoft Returning to the Surface Phone with Whole New Series of Devices?