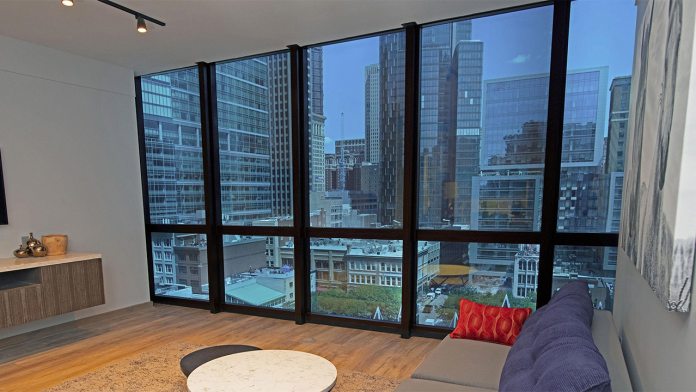 Microsoft has released a slew of pieces about Azure IoT‘s use in the smart cities. The tech giant has been promoting its partners uses in a bid to draw more people to its platform, including View and LTI.

View’s main product is Dynamic Glass, which adjusts the tint to let in different amounts of light. The idea is to replace the need for blinds and find a middle ground between nice views and healthy levels of natural light. According to Microsoft, a recent study has found a 50% reduction in eye strain, headaches, and drowsiness.

The company will now use Azure IoT in smart buildings for window and floor controller devices. View SmartProtect is one such product, automatically detecting when glass is broken and sending out a security alert. Eventually, the two companies want to integrate things like Office 365 and Cortana into windows.

Meanwhile, LTI will use Azure Maps in its Advanced Operations Center software. With it, city administrators can monitor events from various sensors placed throughout a city.

However, Azure IoT’s reach spreads outside the US. Before SCEWC2018, Microsoft announced several cities across the world that are using solutions powered by IoT.

Espoo in Finland partnered with Tieto to bring AI to the city on a massive scale. In an experiment, it gave the entire health and early education data to an AI to analyze so that it could group together risk factors that may lead to expensive services.

Meanwhile, Antwerp, Belgium partnered with Be-Mobile to create a mobility-as-a-service solution that combines several different modes of transport. Through the use of Microsoft Azure IoT, the company hopes to reduce congestion during rush hour.

In the US, Denver has committed $12 million to use Azure to enhance quality of life, reduce congestion, and improve pedestrian safety. Houston has partnered with Microsoft on disaster recovery solutions and a connected bus solution.

Increasingly, it’s looking like IoT is the future of cities, and that Microsoft could be a major player if it plays its cards right.