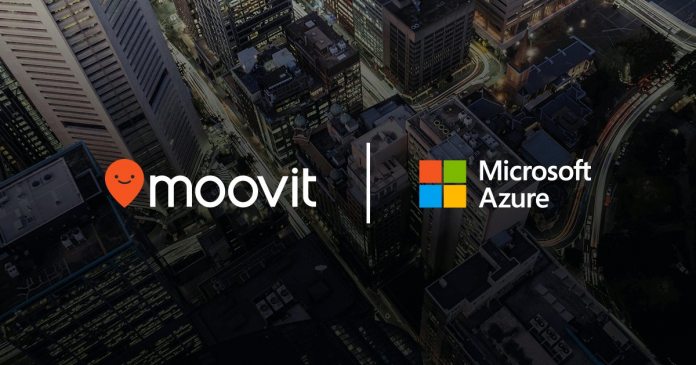 Microsoft and Moovit have announced a partnership surrounding Azure Maps. The startup will integrate with Microsoft’s platform to provide public transport routes crowdsourced from millions of users.

It will let developers who use Azure Maps utilize the data if they wish, creating more accurate applications. It’s likely not what users have in mind when they contributed, but it could make both companies a lot of money.

As well as moving its transit data and services API to Azure, Moovit has pledged to migrate its other products. The company has also mentioned additions like Cortana integrations in its app for proactive notifications.

According to Microsoft, customers have been asking for a more comprehensive mapping solution, and this is part of that journey.

“By offering location awareness with public transit data on Microsoft Azure Maps, developers not only can create more sophisticated and smarter, real-time location-based apps, but our cloud customers across a variety of industries like automotive, public sector, manufacturing and healthcare will be able to leverage this data to continue to improve how people get around and get access to services globally,” explained Tara Prakriya, group program management for Azure Maps and connected vehicles.

Moovit first released its app in 2013 and became one of the first players in the Mobility as a Service (MaaS) industry. As such, its dataset should greatly improve the offerings of Azure, boasting 450,000 ‘editors’ that help to ensure its accuracy.

The information the integration provides includes stations, stops, real-time arrivals, route guides, and more. It will be particularly useful for busses, where information is often incomplete and drivers can stop at unofficial locations.