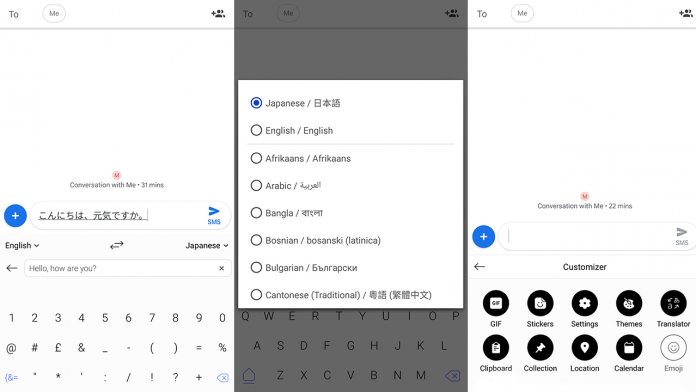 SwiftKey’s Microsoft Translator support has rolled out to all. The feature made its way to beta users earlier in the month, putting it in line with Google’s G Board.

Users can access translations via a flow menu before selecting their desired languages. Whatever they type will appear in the message field directly in that language, removing the tiresome process of copy and pasting from a browser.

Meanwhile, copied text is translated instantly when you open the menu, with an option for quick replies. In terms of features, nothing seems to have changed since the beta, but the notable delay while typing seems to have subsided somewhat.

Many won’t have even heard of these languages, and that’s because many are quite localized. However, there are also updates to more widespread dialects. These include Arabic, Marathi, Oriya, Punjabi, and Wolof.

Such additions are important for the reach of SwiftKey, but difficult. The app’s primary neural net is it English one and it’s unlikely much of its prediction mechanisms aren’t valid for others. After all, they have different word order, phrasing, and cultural references.

With 100 million installs, the keyboard seems to be doing a good job of drawing an audience, though. Though it’s likely G Board has more users, SwiftKey has a higher rating, with its predictions working better for many.