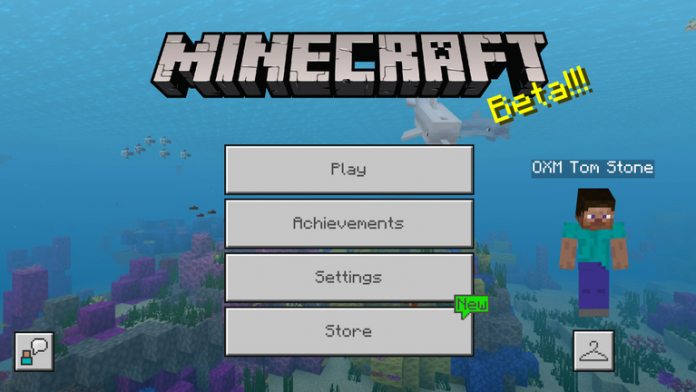 Minecraft’s menus have received a few changes over the years, but they were never built on a solid base. For beginners, they can be cumbersome and confusing, and even veterans find them frustrating at times.

Mojang is now looking to change that and it will be taking advantage of its users to do so. The company has released paper prototype templates for each of its major platforms, letting players arrange them UI elements on a grid.

Microsoft is encouraging players to get creative with their design and share them on YouTube or the official Minecraft Discord. It’s provided a few examples from its team that provide easier access to creative and survival modes, more prominent world previews, and more.

Currently, though, it seems the UI redesign is in the early stages, and it’s likely to be a big undertaking. Microsoft will have to roll out different changes across Xbox One, Windows 10, VR, mobile, and Nintendo Switch, so we don’t expect them to go live any time soon.

However, it’s admirable that Mojang is still looking to improve its game nine years later. Last month, it released phase two of its huge Update Aquatic, and it’s already moving on to new additions.

For players, that means items and stories that Mojang likely had prepped for the movie won’t be coming any time soon. In the meantime, this menu overhaul should help fans get to together in a positive way.

You can view the UI Kits for yourself on the Minecraft site.