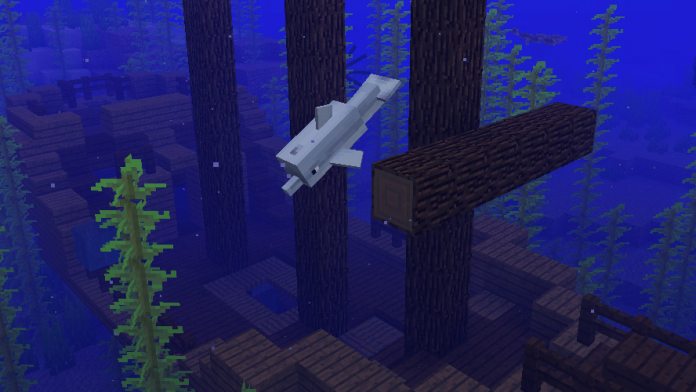 As expected, Microsoft will soon cease updates for older versions of Minecraft. Those on PS4, Xbox 360, PS Vita and Wii U will get one last build before the game’s progress sunsets.

Named the Update Aquatic, it will introduce tons of features, from dolphins to tridents, shipwrecks, icebergs, and new blocks. It’s a good cut off point, and the team has good reason to cease improvements.

In September of last year, Microsoft launched the Better Together update, which runs on the new Bedrock Engine. As well as support for more advanced graphics, it enables cross-platform play across Xbox One, Windows 10, mobile, and Switch.

According to Mojang, the older generations of consoles make up just 5% of their player base. Its resources were stretched between all of those consoles, as well as separate PS4 and Java versions.

“We’ve made the difficult decision to focus our efforts to support players where they play Minecraft the most and where we plan to add new features: on Java, PlayStation 4 Edition and the versions of Minecraft made with the Bedrock Engine on other consoles, mobile, and Windows 10,” said a spokesperson.

This explanation won’t bring comfort to those without a next-generation console, but Microsoft has supported its game longer than most. With the addition of platforms like iOS and Android, it’s also likely you’ll be able to play the latest version in some form.

Unfortunately, non-bedrock Minecraft versions won’t get Update Aquatic on next-gen consoles. The Switch and Xbox One both allow for a free upgrade to Better Together, so it doesn’t make sense to keep playing the old version.

As a result, Update Aquatic will come first to Bedrock versions of Minecraft, followed shortly by a later release on PS4, Xbox 360, Vita, and Wii U. You can find more detail on the official site.