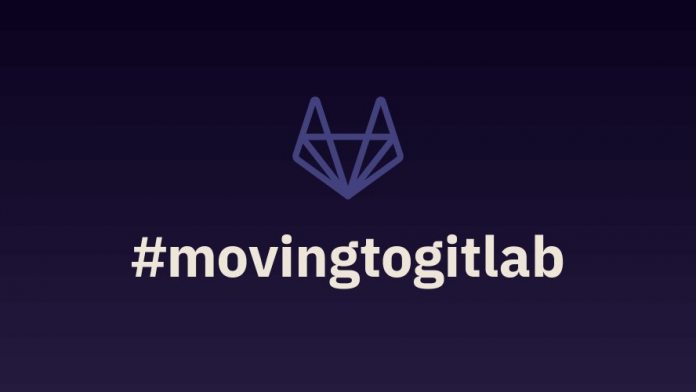 Microsoft confirmed its $7.5 billion acquisition of GitHub and many of the platform’s users aren’t happy. Rival services have reported a large influx of users, with some trying to capitalize on user’s fears.

One such service is GitLab, an open-source repository written in 2011 by Dmitriy Zaporozhets and Valery Sizov.

“We’re seeing 10x the normal daily amount of repositories,” said the company on Twitter. “We’re scaling our fleet to try to stay up.”

The service provided screenshots of its repository imports over time, which reveal a huge spike shortly after the news broke. It also reported 14,300 unique visitors per minute on Monday, up from a previous 4,000.

“We saw on Twitter that people were tweeting #movingtogitlab, by now over 1500 tweets,” said CEO Sid Sijbrandij to Bloomberg. “We thought we had to reach out.”

The company is now offering an easy migration process for users, aided by a video tutorial to make the transfer as easy as possible. On top of that, those using the hashtag and creating an account by Wednesday will get a 75% off GitHub Ulitmate or Gold for a year.

Similar increases have been seen by Bitbucket, which has reported a spike, and SourceForge is also offering a migration tool. According to Bitbucket, the shift is about value.

“After the announcement of Microsoft’s acquisition of GitHub, Bitbucket started to see a spike in the number of GitHub users migrating their repositories to Bitbucket. Why? Many users understand they can get everything they had on GitHub in Bitbucket plus more, and at a lower cost,” it said.

However, it’s clear many users also have concerns about Microsoft’s influence, despite assurances that GitHub will remain independent. Some worry about the company’s direct access to all hosted projects given its software focus and its messy history.

In recent times, though, Microsoft has been far kinder to developers than most. In 2016, it had the most contributors on GitHub ahead of Google and Facebook. In 2017, Microsoft’s VSCode was the most active repository. It’s been slowly open-sourcing developer tools and providing useful integrations and features.

The truth is that Microsoft has done a lot to counter its old “embrace, extend, extinguish” image, but the public is still wary with its trust. It’s unlikely GitHub’s popularity will wane completely, but it’ll be interesting to see what its competitors can come out with.