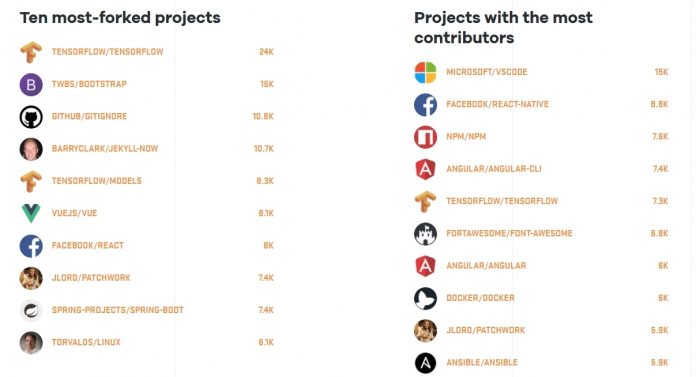 For many years, Microsoft had been cautiously sceptical about open source software.Those days are definitely gone as Microsoft now hosts the most popular project in the Github developer community.

Like last year, the mini development environment (or, depending on your point of view, the extensive source code editor) Visual Studio Code on Github has the most supporters. This is the result of the recently published Github annual statistics. Second and third places are followed by Facebook’s Native React framework and the Javascript package manager NPM.

In total, there are 67 million repositories on Github, 25.3 million of which were active in the last twelve months. The number of users is also impressive: Github has a total of around 24 million registered users. 5.9 million of these come from North America, 5.3 million from Europe and 7.1 million from Asia.