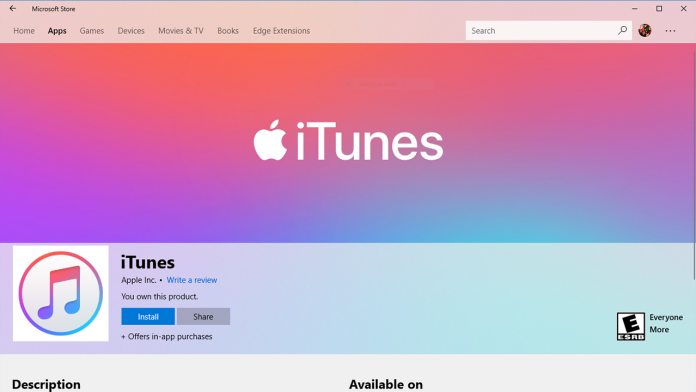 After significant delays, Apple has finally launched iTunes on the Microsoft Store, though it may not be everything users expected. The app is essentially the same as its counterpart, ported using Project Centennial.

That means it has no new design elements or features to speak of, but that doesn’t mean there aren’t benefits. The Store version uses Microsoft’s install and update systems, which means a lack of bloatware.

According to ArsTechnica, this version doesn’t try to install iCloud or other Apple software, nor does it install background services. It also means users on Windows 10 S will be able to use the software, which is essential for iPhone users.

Unfortunately, the amount of users on Windows 10 S is likely to stay small. It’s clear the restricted OS was Microsoft’s main motivation for collaborating with iTunes, but it’s been largely unsuccessful. In fact, with Redstone 4, the company will offer all users on Windows 10 S a free upgrade to Pro or Home, making it a ‘mode’ rather than a fully fledged OS.

As a result, this will be largely unimpressive to most users, and it comes with an added requirement. To use Windows 10 iTunes, you must be running the Windows 10 Fall Creators Update or higher. That shouldn’t be a problem for most users, but it seems strange when the app doesn’t use Windows’ latest features.

Despite this, it remains the best iTunes experience you’ll get on Windows, even if that’s not saying much. You can download it now from the Microsoft Store.