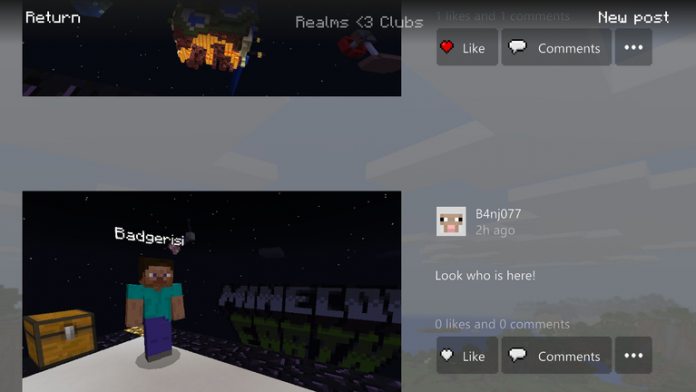 Minecraft Realms are server run by the Microsoft-owned developer Mojang. They are used to connect gamers to play on Minecraft games together, these are called realms. Microsoft has announced a new feature called Realms Clubs.

With Minecraft Realms, users are given a safe online experience. It was launched way back in April 2016 on Windows, Android, and iOS. It is the simplest way to make the game a community title which can be played with friends and family.

With Realms Clubs, Mojang has created online meeting groups designed for members of a Realm. Each member are able to socialize and share with other members. This includes sharing posts, videos, photos, and of course comments.

Basically, this is the official social hub for Minecraft. Realms Clubs acts almost like a social network in that you can only interact with other members of a realms, and only if you are a member. Microsoft wants the social aspects of Minecraft to be more prominent in a title that increasingly feels like more than a game. 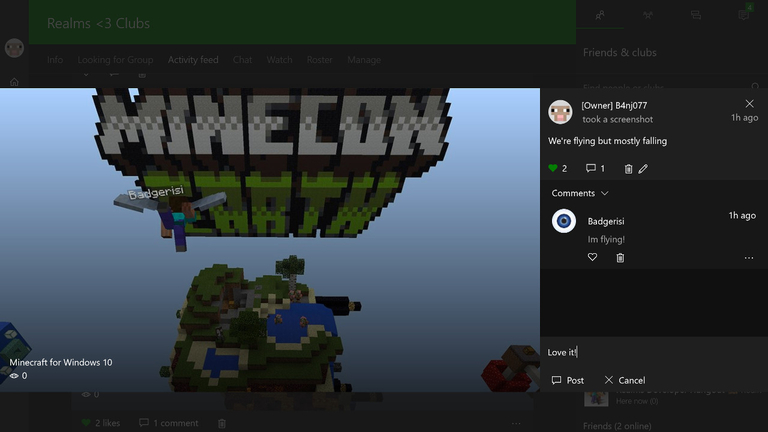 Realms Clubs are available right now on Xbox One, mobile (iOS and Android), and Windows 10. The company has also published a brief FAQ to describe exactly what Clubs is and what is aims to do.

2017 in Minecraft history will be known as the year when the game increasingly tried to connect people. Realms Clubs is just the latest move in this direction and follows the more significant introduction of Cross Play on Minecraft.

Since last month, users on Nintendo Switch, Android, Windows, Pocket, PC, and iOS are getting the same experience. All players on these platforms are now connected (Universal Minecraft) and can play together.

Sony and the PlayStation 4 are conspicuous by their absence. The company refused to adopt Cross Play, citing protection of its users. Microsoft reacted angrily to Sony’s decision, but no movement has been made on the subject since the summer.