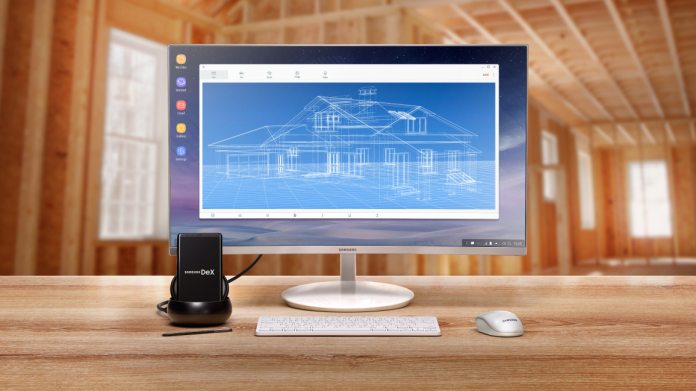 Using a smartphone to power desktop experience isn’t new. Microsoft’s Continuum feature, for example, debuted two years ago, but Windows Mobile is now all but dead.

As a result, it falls to Samsung’s DeX to keep things going in the consumer market, and it’s looking promising. Though the ability to stream an Android experience to a monitor has been possible for some time, but it has limitations.

The main one is the apps-only experience, and Linux may be the perfect solution.

“Installed as an app, Linux on Galaxy gives smartphones the capability to run multiple operating systems, enabling developers to work with their preferred Linux-based distributions on their mobile devices. Whenever they need to use a function that is not available on the smartphone OS, users can simply switch to the app and run any program they need to in a Linux OS environment.” explained Samsung in October.

Now the company has released a concept demo of the experience on YouTube, which you can see below:

Currently, the video is unlisted and seems incomplete. Despite the lack of audio, we can see that DeX is running Ubuntu 16, working fully with Eclipse. For developers, that’s a big step, letting them run a desktop development environment from anywhere and easily switch between them.

For regular consumers, the biggest advantage will be gaming. Though Linux doesn’t have the same support as Windows, it’s a big step up from Android experiences and should mean the ability to play indie games or emulators.

Personally, I’m excited about the change it will bring. It’s not clear when the experience will ship, but you can sign up for the newsletter via the Linux on Galaxy site.