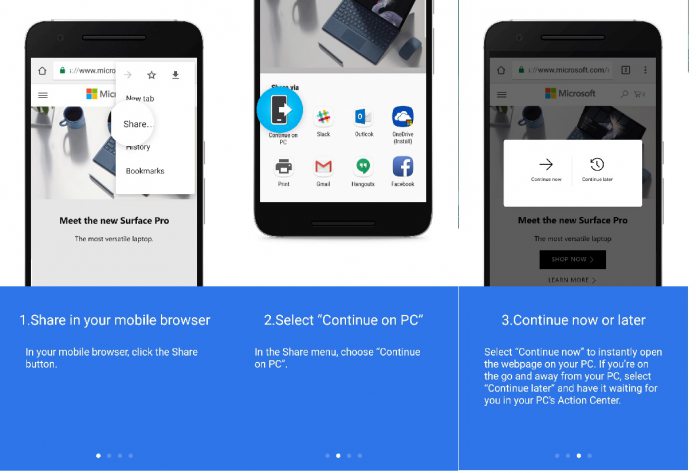 More controversy has surfaced surrounding Microsoft’s treatment of its Windows 10 Mobile platform. In its latest Fast Ring build, the company introduced a web page sync feature between Android, iOS, and desktop, and neglected support for its own mobile OS.

Windows Phone users were irked by this, feeling that Microsoft is ignoring its dedicated user base to focus on its rivals. They took to Twitter to respond and got an answer from Windows experience and Edge lead Joe Belfiore.

Unfortunately, that response has been just as controversial as Microsoft’s feature choices.

We have no hate for WP! In fact, we're trying to bring some of it's benefits (Cortana, PC connection) to our tons of iOS/Android users.

Belfiore says Microsoft has no hate for its Windows phones platform, that’s why it’s trying to bring its features to iOS and Android. Users, on the hand, feel that the software giant should be trying to address the holes in its platform, such as the Office apps that are Android and iOS exclusive.

At this point, however, it’s worth noting a few things. Firstly, the link feature is somewhat present in Windows phones thanks to Edge, which lets users share links to the PC. That means at this stage it would be somewhat pointless. This response was a better one:

As the link feature continues to evolve, Windows phone users may begin to see the difference a little more. Microsoft has plans to add more features to the link, and it’s possible users will then be left behind.

It’s clear, though, that the company is struggling with the mobile portion of its OS. It currently accounts for around 0.1% of the shipment market share, making it all but dead. It’s no wonder that we’ve seen mostly bug fixes since the Creators Update.

Thankfully, there may be some light at the end of the tunnel. Microsoft’s Brandon LeBlanc said on Twitter recently that the company “might have something” for users soon.