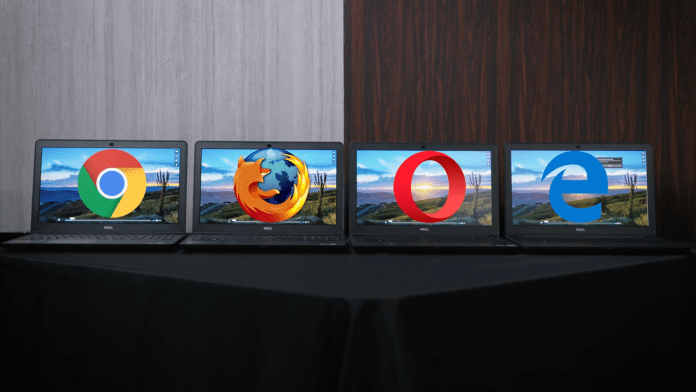 Microsoft has been really pushing its Edge browser, often at the expense of its competitors. The company has said over and over and over again that its browser has the best battery life. It’s even served warnings to switch when users boot up Chrome.

With all that marketing buzz, you’d expect Microsoft to pretty confident about its place in the top spot. Well, the latest tests say it shouldn’t be any longer.

Popular YouTube channel LinusTechTips has performed its own benchmarks on four identical Dell laptops, and the results aren’t promising. In Microsoft’s latest comparison video, it says Edge runs for 77% longer than Firefox, and 35% longer than Chrome.

The latest benchmarks reveal a much closer and varied story. Rather than running a test on just one browser per PC, LTT cycled through all four to account for any differences.

It’s worth noting that these were on the same Inspiron laptops, brand new and with the exact same software on all. The tests used simulations of real browsing, rather than just video streaming. Interestingly, Edge seems to have a very large difference in the longest and shortest times, making it one of the most inconsistent browsers.

However, that does change significantly once the Creator’s Update is installed, as does its battery in general. No lies from Microsoft there.

But, as Linus points out, Microsoft never claimed it had the most consistent battery life, just the highest score.

Well, taking into account the Creators Update and using the same methodology as Microsoft, it appears Edge still doesn’t come out on top: Naturally, there is one difference between the tests: the device used. Microsoft’s tests were on its Surface devices, which could work better with Edge. Chrome has also made significant improvements to battery life since, which could account for the changes.

Overall, however, it appears Microsoft has lost the top spot. Going back to the regular browsing metrics, you’ll see that while Edge post-creators update is very close to the top score of Chrome, it is beaten in every single metric. It will be very interesting to see how Microsoft repsonds to this. It may perform its own, condictary tests. Though Chrome is on top for now, the upcoming Fall Creators Update could change that once more. Ultimately, there’s more to a browser than battery life, and at least it’s resulted in some healthy competition.