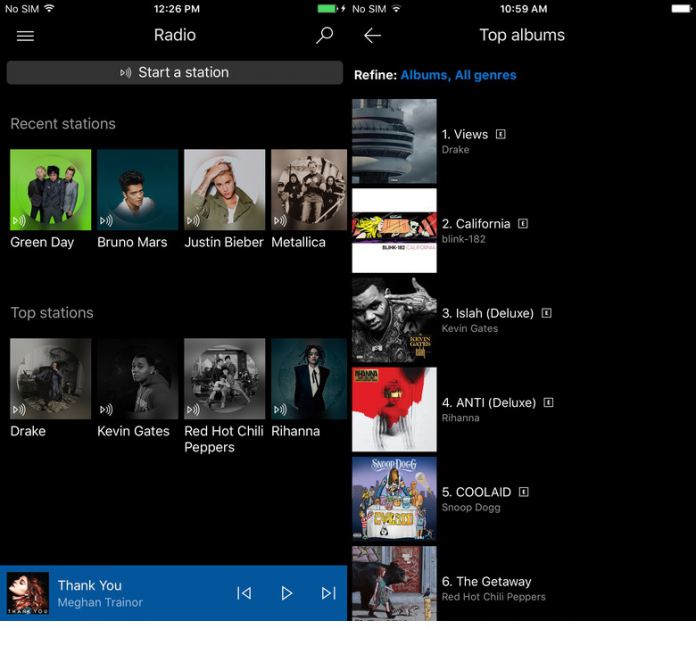 Microsoft has today introduced a new update to Groove Music on Apple’s iOS platform. This new release brings with it a couple of features that originally arrive on Windows PC and Windows 10 Mobile last month.

The update adds a new sharing icon to the app. With this icon, users can share Private Playlists with contacts through social media. This allows iPhone users to share playlists on Twitter, Facebook, and WhatsApp.

To share, the recipient will need to also be a subscriber to Groove Music. For non-members, Microsoft is making it easier to see Music Pass files. New users can see the files in preview instead of having to pay for a Groove Pass.

Microsoft has been making consistent changes to Groove Music. This is crucial on iOS because Apple Music is a native service, while apps like Spotify are user favorties. While Groove is not hugely popular on the platform, it is becoming more of a genuine alternative to other streaming services.

Groove Music follows other streaming services by allowing users to listen to music whenever they want. Microsoft’s catalog is now massive, with over 40 million songs available. This means most users will find what they are looking for. Streams on the service are unlimited when subscribers pay a monthly flat rate.

The company has integrated the service across Windows 10 platforms. On Xbox One, Groove provides background music support and allows music videos to be played.

Last month, Microsoft extended the free trial of Groove Music to four months. Normally, users who want to test the service get just 30 days. However, the company is currently running a deal where that trial can be extended by three further months.