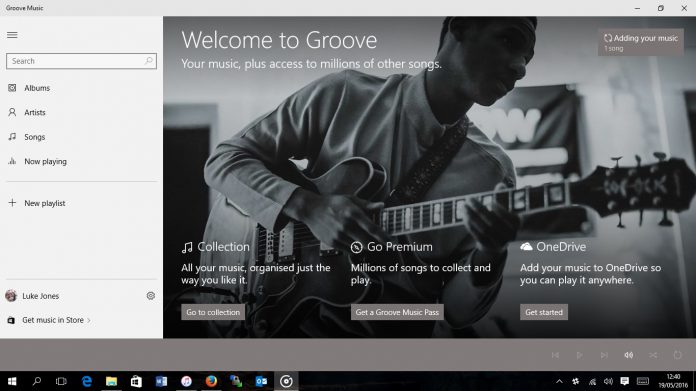 Since Microsoft switched Groove Music to a Universal Windows Platform (UWP) app, it lost an important feature. Namely, the company removed the ability to watch music videos on the Xbox One. The feature was previously available to Groove Music Pass users on the original application, but was removed with UWP.

Now, Microsoft has reintroduced music video support to Groove on the Xbox One. A new update brings back the ability, Windows Central reports. When the app is first opened a notice announces that music videos are available again.

Users can start playing a song to see if it has a music video attached to it. We imagine Microsoft will tidy this up eventually with a simple indicator for music video support on each song. It is good to see this feature come back to Groove. Indeed, as before this feature is only available to Groove Music Pass users, so OneDrive library-based songs will not have music video.

In a bid to bring more customers to the paid Music Pass service, Microsoft introduced an offer last month. Users that sign up for Microsoft’s 30-day Groove Music Pass trial will get a promo code for an extra three months at no charge. This is probably the best deal we’ve seen to date, the Anniversary Update deal only offering four months if you bought a $9.99 subscription.

With Music Pass, users pay the flat $9.99 rate each month. This allows unlimited streaming of the Music library, which consists of 40 million songs. Recently, Microsoft added background music support on the Xbox One.