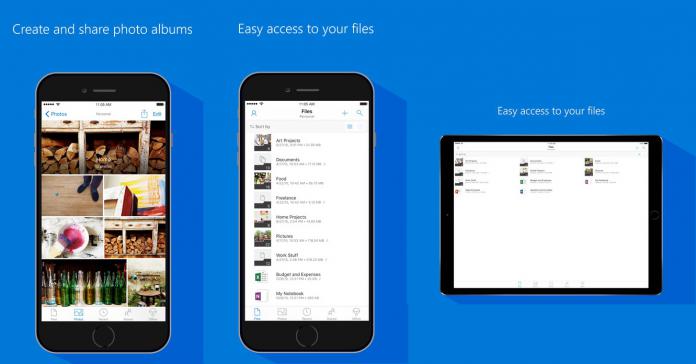 Microsoft has issued a new update for its OneDrive app on Apple’s iOS platform. The release brings the cloud storage service up to version 8.8.9 and adds a number of new features.

Among the changes introduced with this update is support for animated GIF files. Users on the iPhone or iPad can now store GIFs in OneDrive. Version 8.8.9 also introduced a new ability that makes switching accounts easier. Users can now tap and hold on the Me tab to bring up another account.

The changes are not finished there, as Microsoft has also added an Instant Preview feature to the Sites Tab. You may remember that this feature arrived for Word, Excel, and PowerPoint files back in December. That was a part of version 8.6.1. Microsoft rolled out the update with a number of new additions to OneDrive

Elsewhere in this latest release, users can now see shared file notifications in their work or school accounts.

If you have been using OneDrive on Apple’s mobile platform since the early days, you will know the service has come a long way. Microsoft has been incrementally updating the app to be more feature-rich and to perform better.

For example, in April last year, the company added the ability to upload into OneDrive from other apps. This was a simple but important addition that gives users more freedom and makes the storage solution more efficient.

If you want to get this update or try OneDrive for the first time, you can get it at the App Store (source).