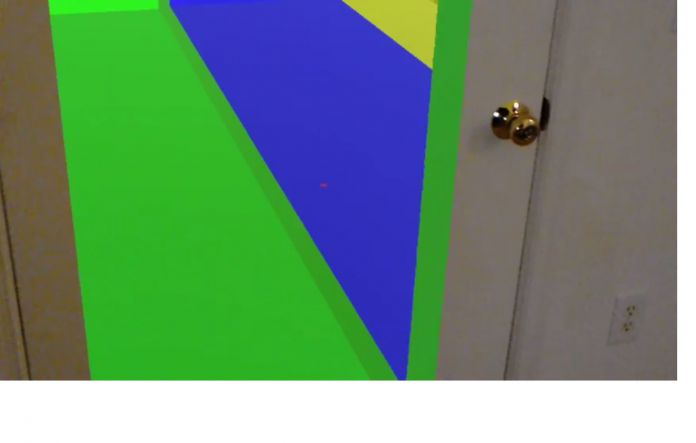 Considering Microsoft’s HoloLens headset is still in the development stage, the number of features and apps available is impressive. Developers have embraced the augmented reality (AR) technology. We have seen a number of ways HoloLens will change our lives and the latest can transform a living space. Exanaview is a new 3D Spatial Authoring app for the Windows 10 powered device.

To explain how the app works, the developers have released a video on YouTube (below). At its core, the software allows HoloLens users to change the environments they are in. This can be achieved in real-time.

Of course, this build on Microsoft’s overall vision of HoloLens. The device uses mixed reality to place virtual objects into real environments. The concept of being able to change the whole environment naturally extends the capabilities of AR.

Firstly, the app scans a part of the environment. In the video, it is a wall in an apartment. The software uses the wall as a virtual canvas to create simulated corridors viewable through HoloLens. Using Microsoft’s technology, users can see the corridors as if they have depth. This essentially means it is possible to extend, expand, and change environments.

For example, Exanaview merges the two corridors into a single virtual space. The really cool aspect of this demonstration is that the space can be viewed through physical doors in the real environment. Aside from giving the illusion of expanding the apartment, this has other applications. For example, users could one day map out a building or home and see it virtually with HoloLens, even through walls and doors.

The Exanaview app comes with some other interesting features. Users can place other detailed HoloLens supported objects into the environment. Needless to say, this could have a profound impact on architects and designers. The app is pretty basic at the moment, but even so, it is quite a startling effect.

While Microsoft’s HoloLens supports Exanaview at the moment, the developers says it will develop for other projects like Intel Project Alloy and Google Tango.