Earlier today, we covered the Windows Holographic Shell and its 2017 release date. The software was previewed on Intel’s NUC PC, but it appears the company had another project to share.

Project Alloy is an All-in-One VR headset powered by the Windows Holographic platform. Like the HoloLens, it has an integrated CPU, graphics card, and battery, and is completely untethered.

Intel’s headset doesn’t focus on VR in the traditional way, instead opting for a “merged reality” world. Devices like the Rift have always had issues with control, opting for controllers or specially adapted gloves. Intel’s RealSense technology offers a solution to this. 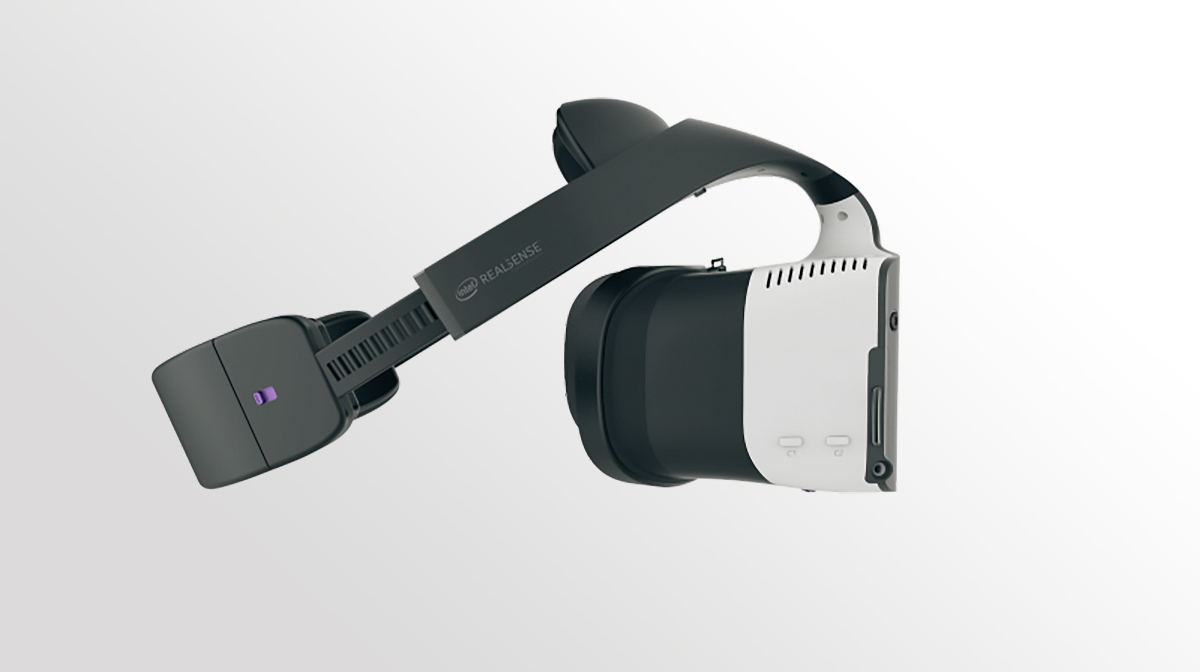 Using depth-sensing cameras, Replay, and other technologies, users can see their hands in real-time. This provides a whole new level of freedom and immersion.

“Merged reality is about more natural ways of interacting with and manipulating virtual environments,” says Intel CEO Brian Krzanich, “by liberating you from the controllers and the nun chucks of today’s VR systems by immersing your hands — your real-life hands — into your simulated experiences thanks to readily available new sensing technologies”

The headset detects minuscule finger movements to allow for the manipulation of small virtual objects with ease. It’s clear that the technology still needs some work, but Intel’s plan is not to perfect it on their own.

Before 2H 2017, the company will release Project Alloy’s source code to the public. Rather than compete outright with the likes of the Rift, Vive, and Oculus, they have created a reference platform for OEMs.

The headset is supposedly capable of “six degrees of mobility,” allowing you to work with real world objects so that you don’t collide with them. Using Intel’s Replay 360-degree technology, users could attend real events in a virtual world.

Unlike the Vive, external sensors aren’t needed, and this opens the world up to an entirely new medium of live entertainment.