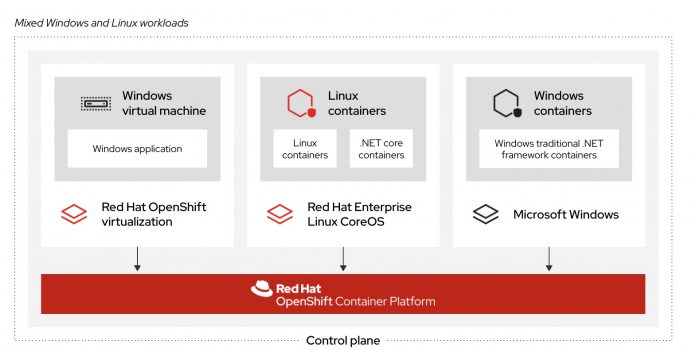 Microsoft has increasingly tried to muscle in on container technology in recent years, despite the concept of containers being mostly thought of as a Linux tool. However, as Microsoft has continued to push towards open-source acceptance, containers are one area of significant interest. Now, some major players are working on solutions for both Linux and Windows, including open-source giant Red Hat.

In recent years, Microsoft’s active interest in Containers on Windows 10 and Azure has meant customers now have a true choice. Of course, Microsoft also allows Linux virtual machines to run in Azure these days.

In other words, many customers are managing containers across both Linux and Windows. However, this is a frustrating experience because there is no service that units those systems and allows users to manage containers from both platforms under one interface.

Red Hate has announced OpenShift Kubernetes to allow the running and management of containers on Linux and Windows.

This ability is part of the new Red Hat OpenShift 4.6 release. It taps into the Windows Machine Config Operator (WMCO), which is based on the Kubernetes Operate Framework. This is an officially certified operator between Microsoft and Red Hat.

By baking WMCO into OpenShift, Red Hat is allowing users to manage Windows containers on the main console. It’s worth pointing out customers could already manage and run Linux containers.

In a blog post, Red Hat OpenShift highlights some of the following abilities of this new feature:

It is worth noting the new version of OpenShift is not yet rolling out with Windows Containers support. Instead, Red Hat says it will be available in the coming weeks.

Did you know that Windows 10´s Task Manager lets you set CPU affinity to claw back some resources from running apps and give selected apps higher priority. Our tutorial shows how you can use this helpful feature.