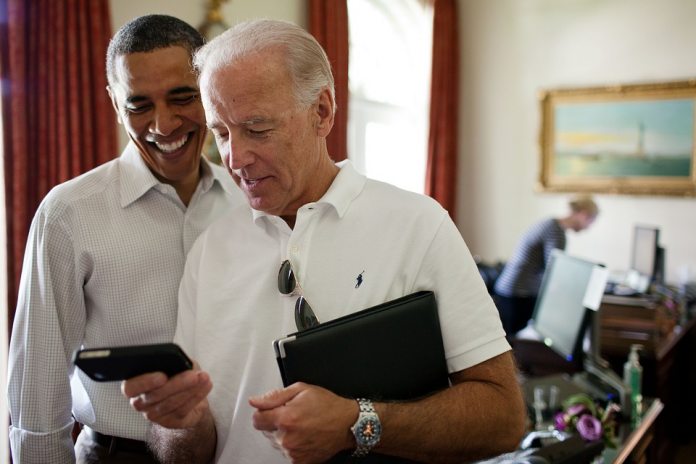 Microsoft has extended a congratulations to president-elect Joe Biden after the Democrat candidate was declared the winner of the election over the weekend. Microsoft president and chief lawyer Brand Smith also called for a peaceful transition of power.

President Trump has failed to acknowledge Biden’s victory. Furthermore, he has stoked controversy by saying the election was rife with fraud and starting numerous lawsuits to halt the transition. Smith points out Microsoft also congratulated Trump on his presidential victory in 2016.

“If we are to move forward as a nation, we must build new bridges to close the gaps that divide us,” Smith said over the weekend.

“The peaceful transition of power has been an enduring and vital part of our democracy for over two centuries, and it remains so today,” Smith said in 2016.

Bill Gates also sent congratulations to Biden, although the Microsoft founders’ interests lie far beyond the success of the company these days. In fact, Gates said he is looking forward to working with Biden on humanitarian projects, starting with the ongoing fight against COVID-19.

“I look forward to working with the new administration and leaders on both sides in Congress on getting the surging pandemic under control, engaging partners around the world on issues like poverty and climate change, and addressing issues of inequality and opportunity at home,” said Gates in a tweet.

Congratulations to President-Elect Biden and Vice President-Elect Harris. Thank you to the election officials and campaign workers who worked tirelessly to ensure a record number of Americans could cast a ballot and have it counted during such an challenging time for our country.

Microsoft was not the only tech giant to offer congratulations to Biden. Amazon CEO Jeff Bezos, a long-time target of Trump’s anger, congratulated Biden, and vice-president elect Kamala Harris.

“Unity, empathy, and decency are not characteristics of a bygone era. Congratulations President-elect @JoeBiden and Vice President-elect @KamalaHarris. By voting in record numbers, the American people proved again that our democracy is strong,” Bezos said in an Instagram post.

The Business Roundtable, a group of CEOs from the largest companies in the United States (Microsoft, Apple, and Amazon among them), also extended a congratulations.

“While we respect the Trump campaign’s right to seek recounts, to call for investigation of alleged voting irregularities where evidence exists and to exhaust legitimate legal remedies, there is no indication that any of these would change the outcome,” the organization said in a statement.