Trump’s travel ban has been causing outrage across the world, met with protests, heavy criticism, and retaliation. Companies are not untouched by this, and yesterday Microsoft made its viewpoint abundantly clear.

“As an immigrant and as a CEO, I’ve both experienced and seen the positive impact that immigration has on our company, for the country, and for the world,” said CEO Satya Nadella. “We will continue to advocate on this important topic.”

Today, the CEO is putting his putting his money where his mouth is. The Redmond-based company is participating in a joint lawsuit against the executive order, alongside Amazon and Expedia.

It’s no secret that Microsoft has been hit hard by Trump’s policy, with 76 employees from the banned countries of Syria, Iraq, Iran, Libya, Somalia, Yemen, and Sudan. The company will join the opposition of Washington Attorney General Bob Ferguson and is “happy to testify further if needed.”

Microsoft will also be providing information about the immigration ban’s effect. All three companies are in the Seattle area of Washington, which puts them in a position to support Ferguson’s battle.

“We believe the executive order is misguided and a fundamental step backwards. There are more effective ways to protect public safety without creating so much collateral damage to the country’s reputation and values.” said the company in its most recent statement.

The lawsuit claims some of the company’s employees have been adversely affected by the change in the policy. The ban will be in place for 120 days and the full impact on Microsoft is not yet clear.

Amazon CEO Jeff Bezos also spoke about the lawsuit, saying the company “has prepared a declaration of support for the Washington State Attorney General who will be filing suit against the order.”

Expedia is yet to release a statement on the matter, though the travel company’s support has been noted by Ferguson. 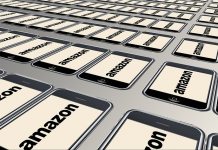