The source code for a range of Microsoft operating systems, including Windows Server 2003 and Windows XP, has leaked online. Sources were published this week on 4chan, with OS source codes available in a 42.9 GB torrent file.

Embedded is something of a blast from the past. If you are unfamiliar with the name, it was previously Microsoft’s connected experiences platform. These days, the company has replaced Embedded with Windows IoT.

Other OS’s in the bundle include MS-DOS versions, some code for Windows 10 components, and the original Xbox system. However, these were part of a previous version of the file. It seems the files and source codes are all real, despite the file coming from 4chan, an infamous online message board for trolls.

Microsoft has yet to comment on the leak. You may remember this leak originally started back in May. This week’s update adds Windows 2000, Windows Service 2003, and Windows XP codes. According to the person/s who leak the source codes, the files have been available on private channels form some time.

Not A Big Deal?

ZDNet reports that while the leak is interesting for general users, it is not a security risk or a surprise for software developers. Next up should be Microsoft confirming or denying this leak, so we expect a statement soon.

And while it is easy to paint this leak as a major security threat, it simply isn’t. Hackers would be wasting their time targeting any of the operating systems in the file considering all are obsolete and have almost no market share. 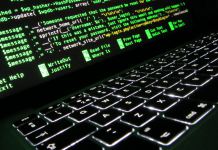