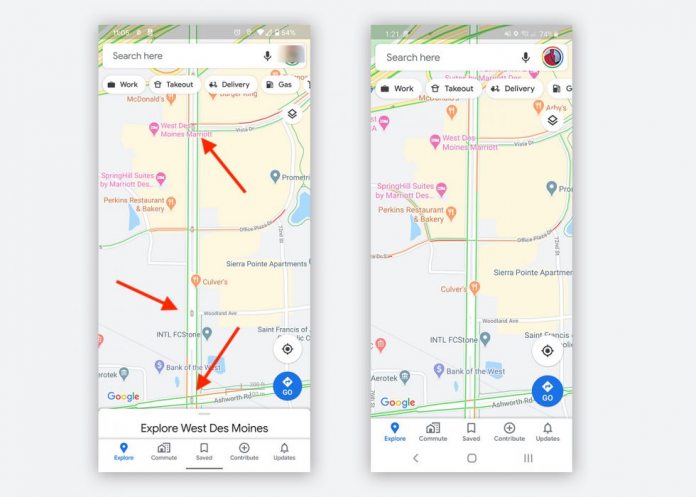 Google Maps is used to being a leader in so many areas of the mapping realm. However, sometimes a competitor gets there first with some important features. Take the ability to show traffic lights on a map, which Apple made available on iOS 13 last year.

Playing catch up, Google has now finally added traffic lights support into Google Maps. As the feature suggests, this allows users to see traffic lights on maps when they are driving or moving around.

Still, on first look, I think I prefer Apple’s implementation of this ability. Yes, a rare instance where Apple’s often problematic Maps app is better than Google Maps. Either way, the reason is because the traffic light icons Google is using a simply too small.

This makes them hard to see on a general map. Admittedly, this improves when navigating because the icon size will increase slightly. I am willing to give Google the benefit of the doubt because it seems the company is still tweaking this feature.

That is evidenced by the fact the support does not seem to be fleshed out. For example, Google Maps does not highlight traffic lights when your taking turn-by-turn directions. Needless to say, this makes the feature less useful for motorists.

As noted, this limited ability seems to be because Google is still testing the support. So far, that testing is limited to a small number of Android users. I presume the company will make the tool more robust before a wider rollout to general users.

Users in the United States will be the first to get this support, and then only in some parts of the country. Traffic lights support will eventually go worldwide, but it is unclear when that will happen.