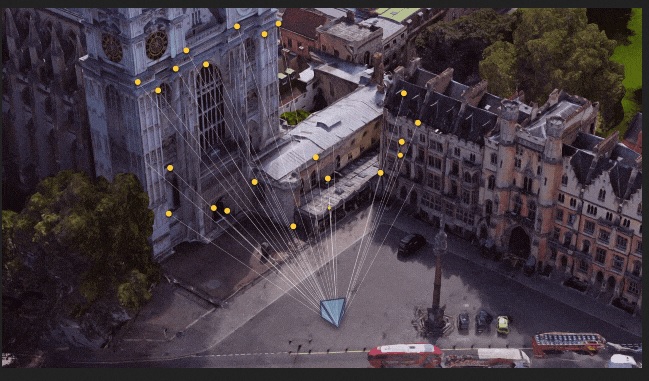 Yes, this is the same feature that some local guides have been using in preview on Google Maps, but now it is coming to everyone. Well, at least everyone with a Google Pixel smartphone. We are sure AR will come to all Maps users eventually, but for now the company’s hardware gets exclusivity.

While AR-powered turn-by-turn navigation is not ready to fully replace standard direction giving just yet, it is functional. Maps collects device GPS data to determine the location of the user. Through Street View, the app displays the directions on the screen for the user to follow.

When transitioning from the device in camera mode and down facing flat, the app automatically transitions from Street View to normal map. Rachel Inman, Google’s user-experience lead tells that “it’s for those moments like, ‘I’m getting off the subway, where do I go first?’”

The potential of augmented reality is obvious, but so often solutions in AR are firmly in gimmick territory. Integrated AR capabilities into maps is an obvious way of making augmented reality truly useful in day-to-day use.

Google’s Chrome browser has boasted Incognito Mode for a long time, and in February gained some significant improvements. If you are unfamiliar with the feature, it will stop browsing history tracking, and won’t link data when you are visiting websites. If you use another browser, such as Firefox, this is called private browsing.

We knew Google had plans to expand this mode to other solutions and this week the company confirmed Incognito Mode will come to Google Maps. It is no here yet, however, with a “coming soon” the best release frame Google can offer.

It seems the feature will work similarly on Maps as it does on Chrome. That means when you are searching for locations and performing any other task, the data won’t be recorded.