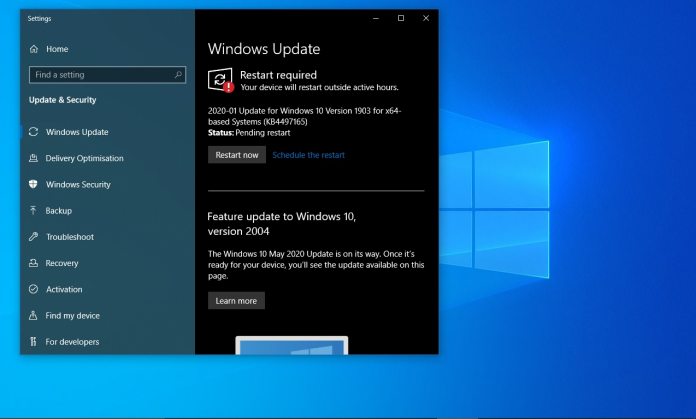 Some users upgrading to Windows 10 version 2004 (May 2020 Update) are finding driver updates are causing major issues. As OEMs update their drivers to be compatible with the new build, many users are finding issues with those updates.

Specifically, there is a display driver update that causes a number of problems. Some users report the driver won’t update while others say it leaves them in a continuous driver update loop. Most affected PCs are also getting an error message.

Whenever Windows 10 is updated, drivers must also be updated to ensure individual components work. For example, when Windows version 2004 arrived, OEMs started rolling out updates for audio, Bluetooth, display, and peripheral devices like printers.

This is normal and it’s also a process that can result in issues as manufacturers and Microsoft attempt to sync their two updates together in a seamless way.

How to Avoid the Update Loop

It seems this process failed this time. One of the OEMs affected by the display driver issue is Asus. Users of Asus machines say Windows 10 will continue to try to install the driver even when it has been successfully installed. This means Windows Update will constantly remind the user an update is ready.

Perhaps the best way to solve this problem (besides an official fix) is to stop the specific driver from being updated: