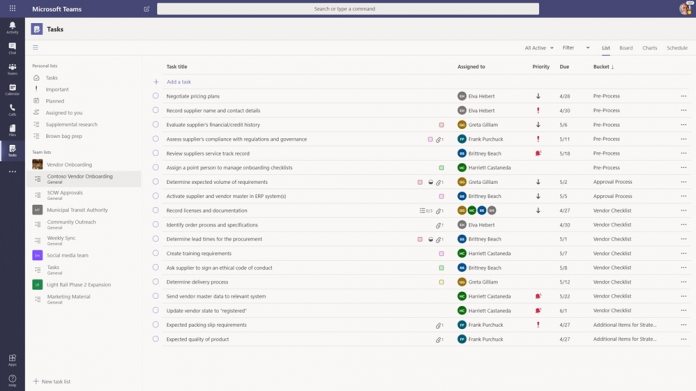 Microsoft’s Office 365 Planner tool that is built-in to Microsoft Teams has been rebranded. In an announcement, the company confirmed Planner is now called Tasks. The app remains largely the same but does offer some expanded features.

Specifically, the unification of Planner and Tasks means both personal and assigned tasks can be viewed together in Microsoft Teams. It connects tasks that have been added to Team channels, Microsoft To Do, Outlook, and Planner.

In Microsoft Teams, Planner is more useful as an integrated Tasks experience that links with other services.

In its blog post, Microsoft details the core features of the new Tasks app:

Microsoft points out Teams desktop users will continue to see the app named as Planner for the time being. However, the name will morph to Tasks by Planner and To Do before finally becoming Tasks.