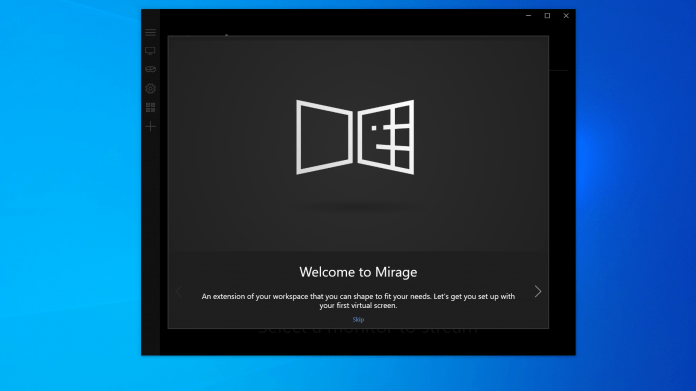 More monitors generally mean more productivity, but not everyone has the cash or deskspace to surround themselves with physical screens. Thankfully, an upcoming app for HoloLens 2 means you won’t have to.

HoloScreens, also known as Mirage, has an expensive buy-in cost (a HoloLens 2) but some useful functionality. Users are able to extend their laptop or desktop screen real estate with a few clicks. After pairing their app with a QR code, they can add monitors and reposition them to their liking. Everything gels with Windows 10, you can move your cursor and programs across displays without any issues.

Microsoft isn’t the first to come up with this concept. Indeed, it’s competitors have already had such apps out for some time. For the Oculus Rift and Vive, there’s an app called ‘Bigscreen’, which is also available for Windows Mixed Reality.

The difference here is Microsoft’s use of augmented reality, rather than virtual. Its approach extends what you already see, rather than replacing it entirely. In practice, this should mean a more natural experience, less fumbling for items on your desk, and less motion sickness.

Unfortunately, the version of the app floating around the internet right now isn’t the final release. It contains various placeholder material and is very experimental in nature. One settings menu even admits that it “needs some design love”.

What is this?? Seems like more than just a virtual monitor tool. pic.twitter.com/rvws7SGctZ

However, via Twitter’s WalkingCat, some HoloLens 2 users have been able to verify its functionality. AR Engineer Jake Steinerman also discovered some functionality that goes beyond its description. HoloScreen appears to hold a sub-menu that allows users to pan around a 3D map, bring up contact lists, and screenshot/video share. Given the HoloLens 2’s thee hour battery life, it’s unlikely to be a permanent solution without a long USB-C cable, but it’s interesting nonetheless.