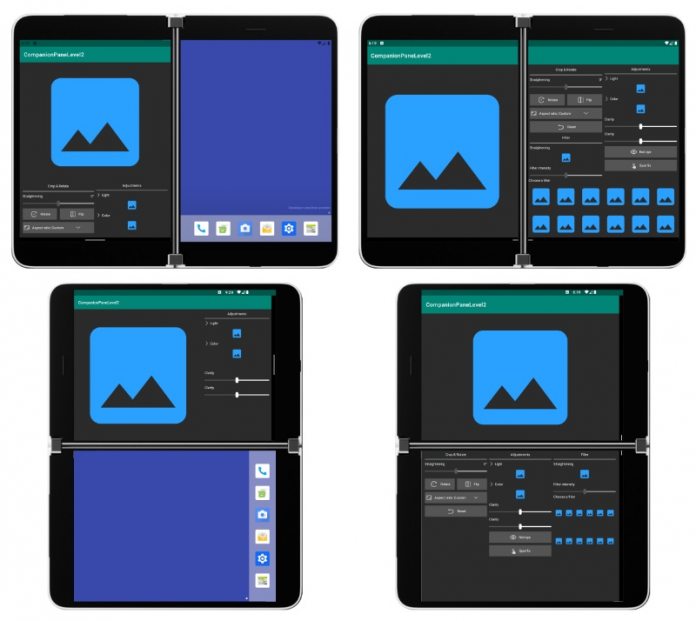 When Microsoft announced the Surface Duo back in October, it came with a few shocks. Firstly, it was the company’s long-awaited return to smartphone development following the demise of Windows Phone. Secondly, Microsoft was not using Windows as the Duo runs Android.

During the announcement, Microsoft made it clear the Surface Duo will not launch until holiday season 2020. Since then, the company has drip fed information and much remains unknown about the device. One of the main questions is how will Microsoft work with Android? Particularly because the Duo has two screens.

Microsoft may have answered that question in a preview sent to Java and Kotlin app developers. The company has highlighted a preview for the dual-screen UI and how it works with Android. For me, the thing I am most interested in is how deeply Microsoft integrates Windows elements into Android.

Certainly, I expect Microsoft Launcher, the company’s popular Android launcher, to be a centerpiece of the experience. Unfortunately, the newly released documentation does not touch upon those aspects. However, Microsoft does detail how the Surface Duo interacts with Android across its two screens.

Specifically, Microsoft points out the device will work with different screen orientations (landscape and portrait). Furthermore, there are screen modes that underpin the Android experience on the Duo. With the “Screen Helper” tool, there will be four features for applications to know where the hinge is on the screens and adjust accordingly.

All this means apps will have versatility across the dual displays. They will work on just one panel, on both, and in portrait or landscape orientations.

Last week, we reported on a Microsoft Patent that suggests the next step of the Surface Phone lineage will be a device with three screens. The patent describes a smartphone that looks like the Surface Duo but has a thin third display between the two larger displays. If the Duo looks like a book form factor, this third screen would look like the spine of that book and sit on the hinge.