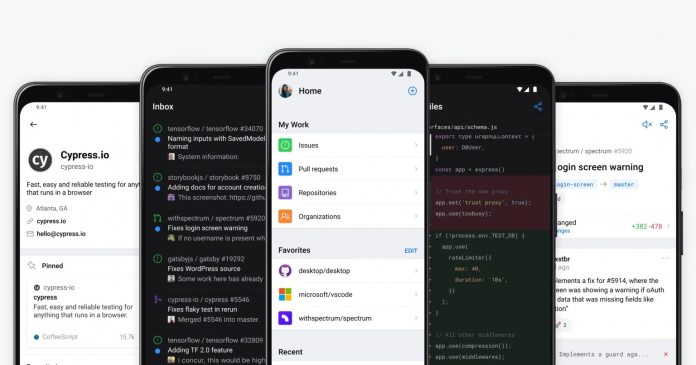 Back in November, GitHub announced it was bringing its code repository to mobile devices. An iOS app was made available immediately, but users on Android have had to wait. The company offered a vague “early 2020” release for the Android app. However, the wait is now over.

A beta version of GitHub for Android has now been released. The app is focused on “making these tasks easier to complete while you’re on the go, with a fully-native experience.”

With this release, the world’s largest code repository is now available on the world’s most widespread operating system.

Of course, a GitHub app was previously available on Android. Launched in 2012, the app was available for three years until it was taken down in 2015. For users of both services, this is clearly a welcome return.

In terms of features, the app allows users to search through repositories, search for features, and enter into feedback discussions. At the moment, you cannot view code unless it is in a merge request. In fact, only README files are viewable on repositories.

On iOS, users can already receive notifications from both private and projects. Further features include the ability to add code, create a new issue, and merge requests.

It is worth remembering the Android app is currently in beta, so expect more features to arrive in time. By the way, that’s also a limited beta. GitHub says the app is only available for a select number of developers. Those who can access the app will receive an invite via email. The Microsoft-owned company will choose from people who singed to the Android beta waitlist.