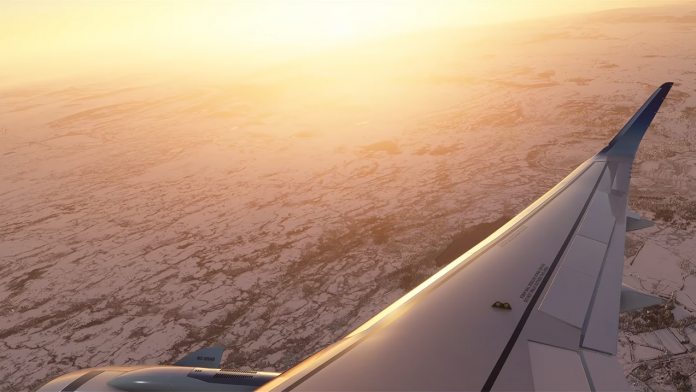 Microsoft has published a New Year’s treat for its Flight Simulator fans, demonstrating its beautiful real-time snow. Continuing the trend of near photo-realistic graphics, it shows New York’s Central Park as it freezes, before taking us on a quick world tour.

The dev team previously confirmed that the game will have dynamic weather and seasons, but this is the first time we’ve seen the snow in action. Though Microsoft provides no details on how it achieved the effect, you can see a white blanket enveloping the tops of buildings as lakes ice-over.

Assumedly, this feature will tie in with the game’s use of real weather data to accurately simulate wind speed, humidity, pressure, and another of other factors. Undoubtedly the presence of snow will provide a new challenge for pilots, making landings more difficult and possibly impairing visibility.

Everything we’ve seen about MFS so far hints at a revolution in both flight simulation and real-time earth simulation in general. Much of it is powered by Microsoft’s significant Azure cloud infrastructure, and early Insider testing seems to indicate that this won’t go the way of Crackdown 3’s heavily nerfed ‘cloud-based destruction’.

We saw hints of what Microsoft can do with dynamic seasons with the release of Forza Horizon 4. In that case, however, the weather had a much more bespoke and human touch. With an entire world to simulate, the company is unable to take the same approach with Flight Sim, and it’ll be fascinating to find out how it manages the changing colors of fall and the growth of new life in spring.