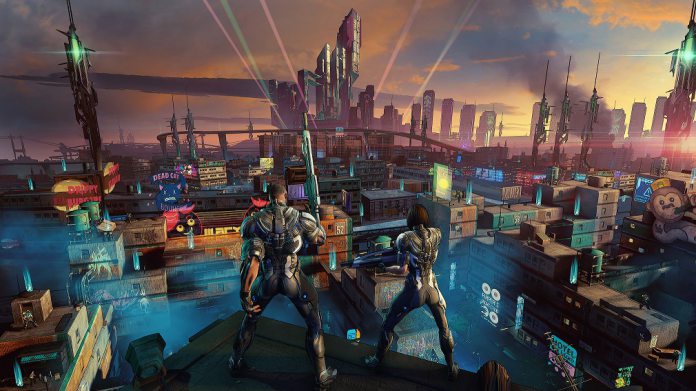 Microsoft caused quite a bit of excitement with the return of Crackdown 3 at E3 this year, but it may not arrive as soon as fans expected. Speaking to Polygon on Wednesday, publishing general manager Shannon Loftis revealed the news.

“We’re very excited about Crackdown 3, and so are many fans, and so it’s a difficult call to move the release date,” she said in an email interview. “However, we want to make sure to deliver the right game, with the right quality, and at the right time. Crackdown 3 is a hugely ambitious game and we want to ensure we deliver the right experiences all the way through every part of the game, whether that’s campaign, co-op multiplayer or our competitive multiplayer mode, Wrecking Zone. Getting the balance right between the three modes is important, and we are going to take the extra development time to ensure that. Gamers can expect Crackdown 3 in Spring of 2018.”

While most fans would prefer a polished release over a rushed one, others will be understandably upset. The original release date was November 7, 2017, alongside the Xbox One X. Both the PC and console version of the game will release late.

This isn’t the first time this title has been delayed, either. The first reveal came at E3 2014 when a 2015 release was expected. Combined with the cancellation of Scalebound earlier this year, Xbox’s exclusive lineup leaves a little to be desired.

While the exact reason for the delay remains unclear, some have suggested Tuesday’s release of Agents of Mayhem as a factor. Created by the developers of Saints Row, the sandbox shooter was compared to Crackdown at E3 this year, and usually won out.

It’s possible more polish is needed to compete, as well as a more divergent release schedule. However, with a release in spring of next year, Crackdown 3 will still have a tough time. The most notable release that month is Rockstar’s Red Dead Redemption 2, an entirely different game, but one that’s been anticipated for seven years.

Whatever the reason, it should result in a better final product.

“Among other items, we are taking the extra time to focus on the visual polish so gamers can feel completely immersed in a living world,” said Loftis. “We want them to really feel the larger-than life enemies as they’re exploring the expansive open world, combatting crime and collecting orbs.”

That’s definitely something I can get behind, and in the meantime, players will still have exclusives like Forza 7, Cuphead, Super Lucky’s Tale, and more.