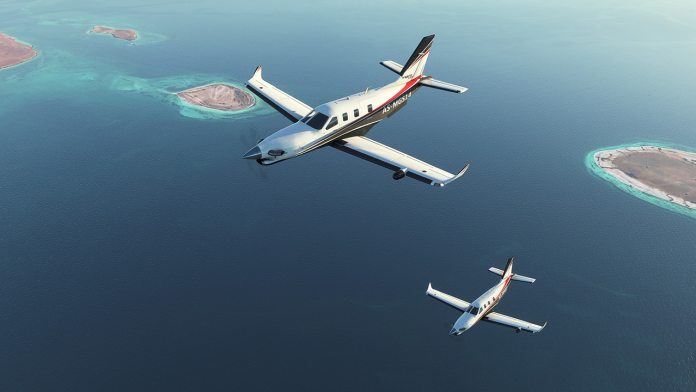 Those who didn’t register for Fight Simulator’s Tech Alpha 2 will be out of luck until next year. Microsoft says there will be a new round of recruitment mid-January when it also plans to reveal the launch date of Alpha 2.

The update follows a significant update last week, which detailed Flight Simulator’s roadmap and followed details of aircraft companies it has collaborated with. One of those partners was Cubcrafters, and a team member visited them to tune the XCub’s mass distribution, power curve, control surface limits, and the prop wash effect. All of this should mean more realistic handling, with the team able to fly a real-world Carbon Cub and Cubcrafter’s test pilot able to fly the XCub in Flight Simulator.

“Their test pilot flew the XCUB in the sim to their usual strips in the area. Particularly one located on Rimrock lake, the Tieton State Airport, where he did multiple landings and takeoffs,” said the team in a blog post. “The test pilot was very happy about how close the sim was in comparison on his usual flights out of this strip with the real aircraft. A specific ridge for example can just be flown over climbing at max power after takeoff and it was exactly the same in the sim!”

The announcement was joined by an updated development roadmap, published in the Insider portal. It primarily contains new information about the upcoming feature discovery series and moves into February. There are also a few new screenshots.

Generally, we don’t expect Alpha 2 to release until at least February. Microsoft will be choosing the applicants it deems most appropriate from the registration pool, so a timely sign-up doesn’t guarantee game time. Either way, the focus is likely to be on testing specific features rather than open-world fun.