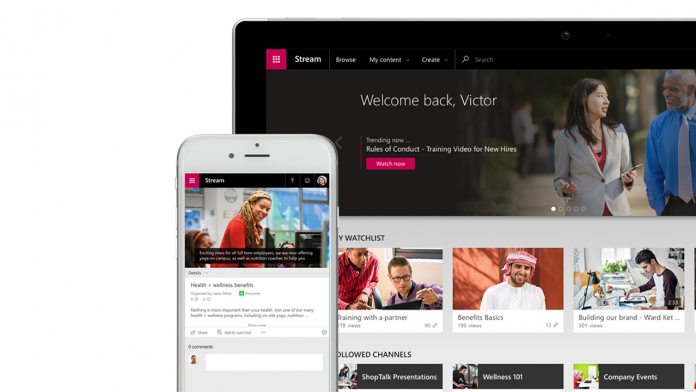 Microsoft has used its Ignite 2019 conference in Orlando to show off an AI-powered feature for Microsoft Stream. Called Voice Enhance, it reduces background noise, even in industrial scenarios.

In the short demo below, you can notice a very significant difference. The AI cuts out the beeping from a reversing vehicle, as well as the rumbling of objects being moved. The result sounds slightly muffled, as with most noise reduction efforts, but it’s a vast improvement in clarity.

The solution was developed in collaboration with Microsoft Research Asia, with the hope of removing disruption in the workplace.

The feature won’t become generally available until Q2 CY20, but there are a couple of other Stream features to keep you occupied in the meantime. Microsoft launched Additional languages for transcripts and captions at Ignite and the ability to record and edit on mobile will come in Q1.

The new languages for auto-generated transcripts include:

With these improvements, Microsoft is further pushing users to migrate from Office 365 video. Eventually, when all users have transitioned, it will shutter the 365 service.

You can read more about the latest improvements to Microsoft Stream on the TechCommunity blog.