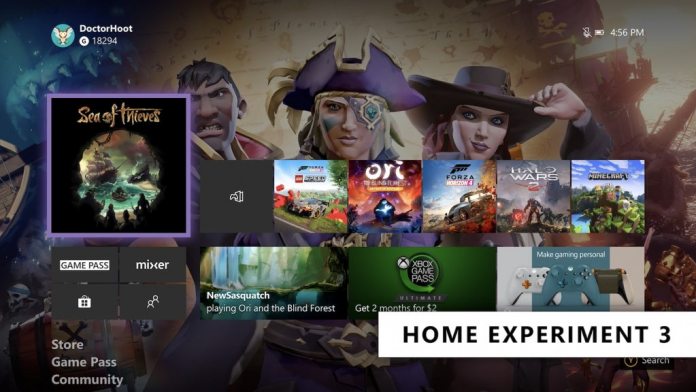 Microsoft is running further tests to help refine its Xbox One dashboard. After the announcement of significant changes in late July, it’s now looking for feedback on smaller changes.

As a result, a random selection of Xbox Insiders will receive three different builds. a control group with the standard home, one with four content blocks under their active tile, and another with a single button to My Games & Apps.

As well as UI friendliness, the participants will be asked to assess performance issues and bugs. Microsoft will pull data from all three groups to assess what the best option is going forward. 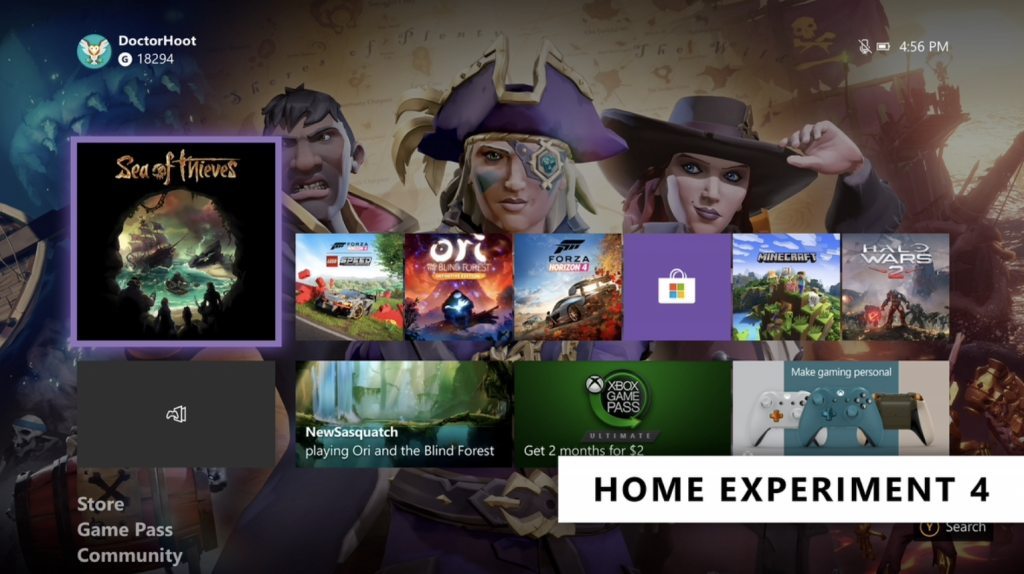 “Each step we take with the Xbox One Home dashboard allows us to adjust the placement and user-friendliness of buttons and tiles, increase visibility of console features, optimize dashboard and menu commands, and transform Home into the hub for all things Xbox!” said Microsoft Insider program manager leader Bradley Rossetti. “Groups A and B are chosen at random from select Xbox One Update Preview rings. The Xbox Insider Team cannot influence who is chosen for these feature releases.”

Users in the Alpha and Alpha Skip-Ahead rings should have seen the first builds roll out to them yesterday if they were part of the random selection. You’ll need the previous preview build to be eligible for the tests, as it sets up the console for the new experience.

Of course, users will be familiar with the changing state of the Xbox UI by now. In 2017, the years, the company revamped the Guide, changed the dashboard, and added Fluent Design elements. As the services and features available on Xbox change, Microsoft has been adjusting its UI to suit them.

With the next-generation of Xbox due in 2020, it’ll be especially interesting to see which aspects carry over.